Meanwhile, Suniel’s son Ahan Shetty is all set to be launched by producer Sajid Nadiadwala in a film to be directed by Milan Luthria. 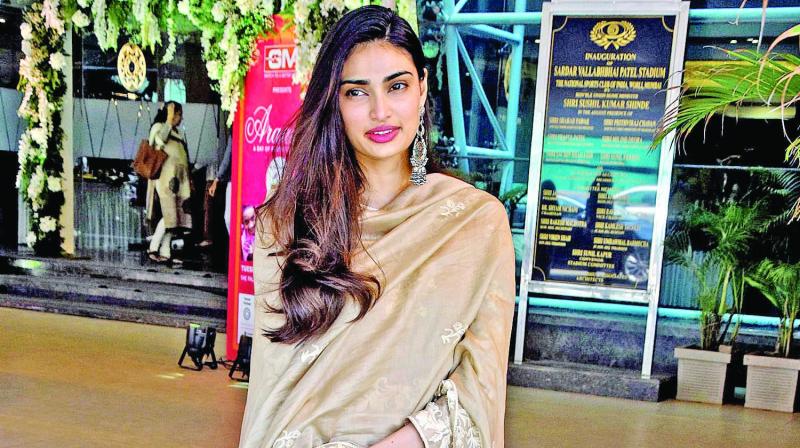 Suniel Shetty’s daughter, Athiya Shetty was launched three years ago in a disastrous remake of Subhash Ghai’s Hero, which was co-produced by Salman Khan. And ever since the unsuccessful debut, Athiya has been trying to find her bearings in the cinematic hierarchy.

But, Athiya needn’t worry anymore. Salman has taken it on himself to find another plum project for the 26-year-old actress.

According to a source, Salman sees Athiya’s career as his responsibility. “Bhai had made a promise to Aditya Pancholi and Suniel Shetty to launch their progenies — Sooraj and Athiya, respectively, which he even did in Hero. The matter should have ended there. But since Hero didn’t work, bhai is now looking at another project for Athiya. Sooraj is being re-launched in a musical-action film co-starring Katrina’s sister Isabelle,” reveals the source.

Meanwhile, Suniel’s son Ahan Shetty is all set to be launched by producer Sajid Nadiadwala in a film to be directed by Milan Luthria.