The practice of inflating fan participation at public places was earlier a phenomenon restricted to politicians only.

A new video showing Priyanka Chopra emerging from an airport has been caught by observant net users as being doctored. The same two people who accost her at the beginning of the video are seen running after her again for autographs at the end.

Either the “fans” have nothing better to do than chase their “favourite” star on the airport, or, shocking as it seems, they are paid fans! It is also possible that these people are in the business of selling the star’s autograph online. Apparently, in the West, many take the autographs of stars and sell it online to make quick bucks.

The practice of inflating fan participation at public places was earlier a phenomenon restricted to politicians only. At election campaign rallies cheering audiences were habitually hired to make the politicians look more popular than they really were. Voters were believed to be impressed by the amplified crowds.

But actors following the same practice appears an exercise in redundancy as they already have a massive fan following! 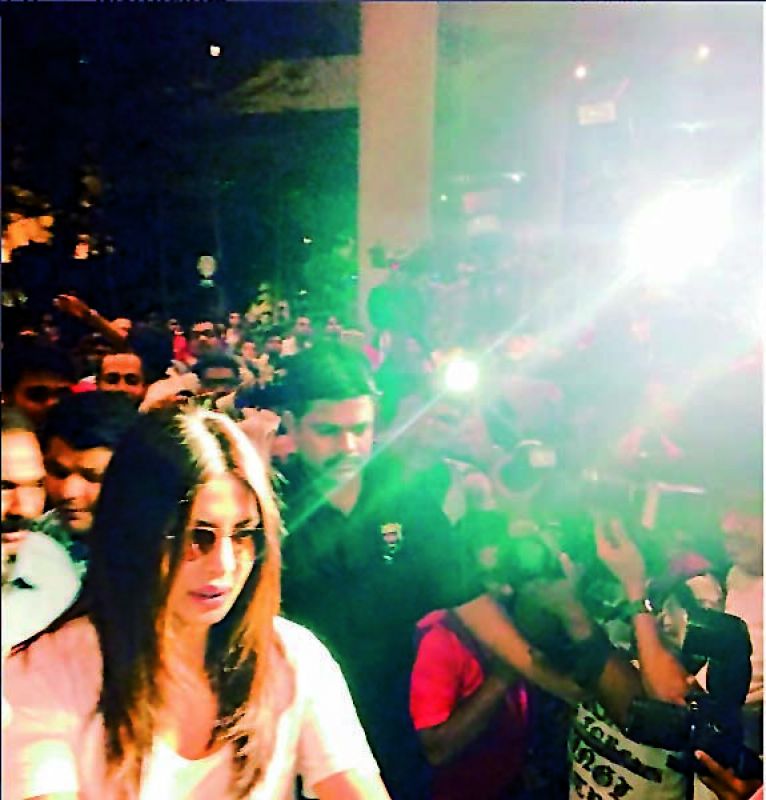 A picture showing PeeCee being mobbed at the Mumbai airport, after she returned to India from the US

Veteran actor Shatrughan Sinha, who has faced the frenzy as both an actor and politician is candid about “hired hysteria.” Though he refrains from commenting on the Priyanka video, Shatrughan Sinha says, “Whether a film star or a politician, he or she must look larger than life in public. It’s all about an image creation. If you see no one chasing an actor at the airport how would it look to the viewer on the television or on the internet? On the other hand if we see so-called fans running after a star it does create a positive impression on the onlooker. Thankfully, I’ve never had to hire crowds to listen to me. By the Grace of God I’ve always had an attentive audience both as an actor and a politician.”

While major PR companies refused to comment on the practice of hired hysteria one prominent PR person on condition of anonymity confessed it is common practice. “Stars, no matter how big, have to order swollen crowds for their public outings. Every public appearance they make, a huge crowd must show up. Imagine what a star’s public outing would look like if he/she gets no attention. Even during a star’s world tour, fans are given free tickets to fill the seats. Now, even at the airport or restaurants, they have fans hovering around them and the stars oblige.”

One of today’s top actors, recently much in the news for the exciting happenings in his personal life, is rumoured to have an overenthusiastic PR team which has  been instructed to amass ‘fan slabs’ at public events who are generated on demand to shriek and shout when Mr Superstar shows up at the event. From the moment he gets off the car, as he waves at the crowds, they shriek, whistle... try to get close to him for selfies, autographs etc. 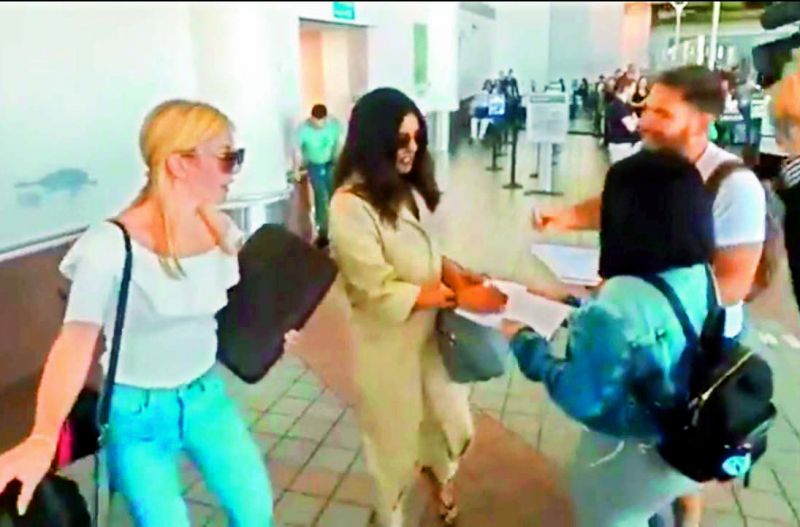 A Twitter user posted a video of PeeCee giving autographs to two fans while coming out of an airport. The same people were seen taking her autograph at another terminal too.

A young filmmaker failed to appreciate the hype around the Ranveer-Deepika wedding.

“I wonder if Indians all across the world actually set all their work aside on the day of the wedding and waited for the wedding pictures. Or was it a mere perception created to hype up the couple’s “very private” wedding?” he questions.