Haasan said he was “duty-bound to openly apologise for his haste” in lauding the noteban, announced by the PM on November 8 last year. 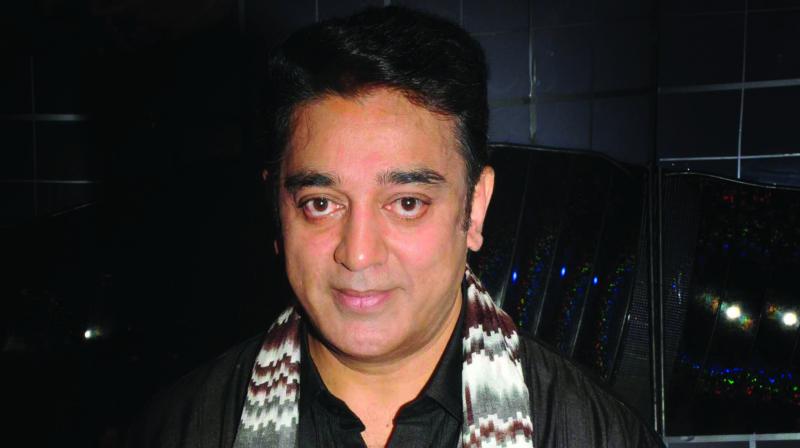 Chennai: Actor Kamal Haasan, about whom speculation is rife that he may take the political plunge soon, has apologised for “hastily” supporting demonetisation, and said Prime Minister Narendra Modi should accept his “mistake”.

Haasan said he was “duty-bound to openly apologise for his haste” in lauding the noteban, announced by the Prime Minister on November 8 last year.

Writing for his “Ennul Mayyam Konda Puyal”, (which roughly translates as ‘storm inside me’), a column in Tamil weekly Ananda Vikatan, which hit the stands on Wednesday, the actor said, “If the Prime Minister admitted the mistake... Without being obstinate, another salaam (salute) from me is waiting for him.”

He, however, did not make it clear what aspects he wanted Mr Modi to admit as the “mistake” — the demonetisation decision per se or the implementation part of it.

Prime Minister Modi had in a surprise decision announced scrapping `500 and `1,000 notes, invalidating nearly 86 per cent of currency in circulation.

“Correcting the mistake... And importantly admitting it is the hallmark of great leaders. Gandhi (Mahatma) was able to do it. It is possible even today, let us wait and see,” he said.

Haasan said he never hesitated in tendering an apology if he made a mistake.

After Mr Modi announced demonetisation, Haasan said, “I expressed my view on Twitter, saying this has to be lauded transcending party lines”.

In his article on Wednesday, the actor said he had then felt that besides extending full support to the decision, since it is one of the ways to eradicate black money, people should also bear minor inconveniences caused by it.

The actor said he faced strong criticism from many of his friends, some of whom had “economic education”, for supporting the noteban.