Entertainment   Bollywood  19 Oct 2017  It's very normal for a boy and girl to hang out: Mahira on pictures with Ranbir
Entertainment, Bollywood

It's very normal for a boy and girl to hang out: Mahira on pictures with Ranbir

The actress says that she doesn't need to do anything to show the world and also said that it was her personal life. 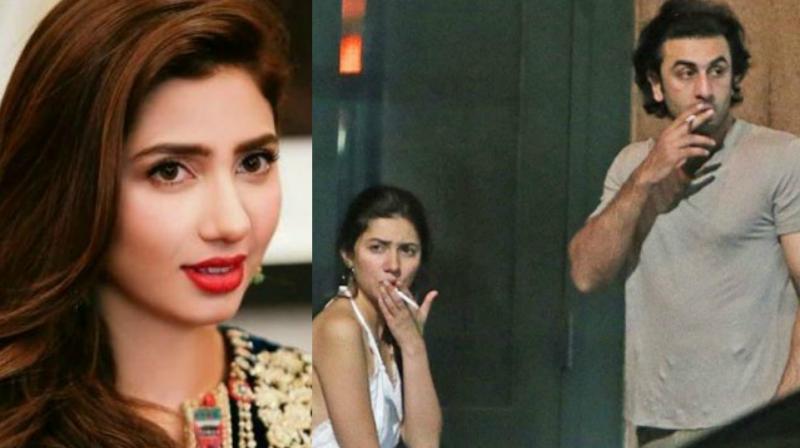 Mumbai: Pictures of Ranbir Kapoor and Mahira Khan smoking together in New York set social media on fire and fans were obviously curious to know if there was something cooking between the two actors.

The pictures went viral in late September despite it being taken few months ago when Ranbir was shooting in the city for Sanjay Dutt biopic.

The Pakistani actress was shamed for wearing a short dress and smoking, following which numerous celebrities like Varun Dhawan, Parineeti Chopra and Ali Fazal, among lent words of support for her.

While Ranbir had reacted immediately when the pictures went viral by saying that Mahira was being unfairly judged and concluding with a cheeky response 'both smoking and hate are injurious to health', Mahira had kept mum on the pictures for too long.

The actress had only briefly gone off social media to free herself from the negativity only to return some days later.

Mahira has now finally reacted to the controversy surrounding the pictures while talking to a news channel during the promotions of her film ‘Verna.’

“I am a very careful person otherwise. People ask me that I do not do this in films (perhaps referring to smoking), I say I do not want to. Why should I do anything to show the world?” Mahira told Samaa TV.

She added, “It is my personal life and it is very normal for a boy and girl to hang out.”

She also took a dig at paparazzi culture by saying, “Nowadays, media is not only present at events but everywhere. So, I have learnt from it (the incident).”

It would now be interesting to see if the two actors ever meet again, considering both their interactions, one in Dubai and this in London have made headlines.