Entertainment   Bollywood  19 Oct 2017  If Ajay ever offers me anything as a director or producer, I will definitely do it: Tabu
Entertainment, Bollywood

If Ajay ever offers me anything as a director or producer, I will definitely do it: Tabu

The actress says that she shares a great equation with the superstar because they have been childhood friends. 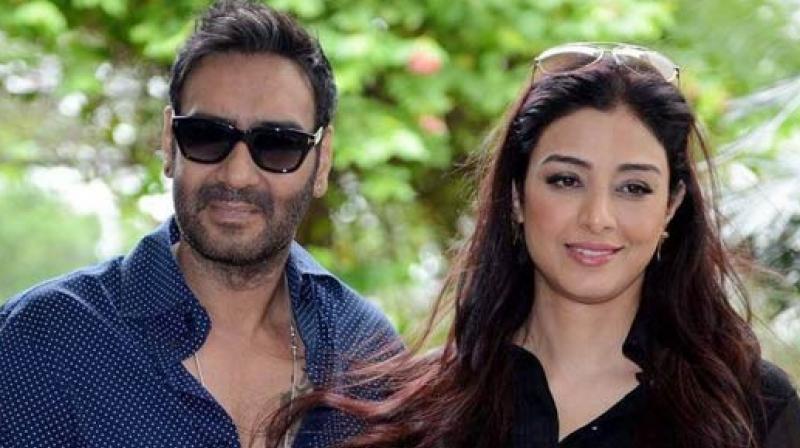 Mumbai: Actor Tabu says she will not say no to a film with Ajay Devgn as that is the equation she shares with the superstar.

The two actors have worked together in films like ‘Takshak’, ‘Haqeeqat’, ‘Vijaypath’, ‘Drishyam’ and ‘Golmaal Again’.

"Ajay and I are childhood friends. It is always an added benefit to be working with him. I will not say no to a film with Ajay," Tabu told PTI.

"If he ever offers me anything as a director or producer, I will definitely do it. We are teaming up again for a film with Luv Ranjan (producer) and Ajay and everyone thinks I am the right choice for the film," she says.

The film, produced by ‘Pyaar Ka Punchnama’ fame Luv Ranjan, is a romantic-comedy with a fresh and quirky take on urban relationships. It is expected to release late next year.

Meanwhile, Tabu has stepped into the ‘Golmaal’ franchise for the first time and she credits the film's leading men for making the series successful.

"The boys and all those who have been regularly associated with ‘Golmaal’ franchise have made it a brand. It is a very big franchise, it is a non-efforted franchise for me, as it has been already established," she says.

"For me it is not so much of a responsibility. The most attractive thing for me was to be a visitor in their house (referring to the sets) and have fun," the actor says.

The 'Golmaal' series, helmed by Rohit Shetty, had Ajay Devgn, Arshad Warsi, Tusshar Kapoor in all the four parts, while Shreyas Talpade joined the team in the second installment and Kunal Kemmu in the third one.

"I wanted to experience the vibe of working with so many actors for a film after a long time. It was a nice place for me to explore...that I am not doing a comedy film. I have the most credible part in the film, I don't have the comic part, but it is an important role. Also, the subject of 'Golmaal Again' is also "hatke" this time, it has an element of magic and intrigue," Tabu says.

The film is set for October 20 release.