I am a very happening actor: New chairman Anupam Kher promises to devote time to FTII

The veteran actor said that he will take out time from his acting schedule to fulfill his new responsibility as FTII Chairman. 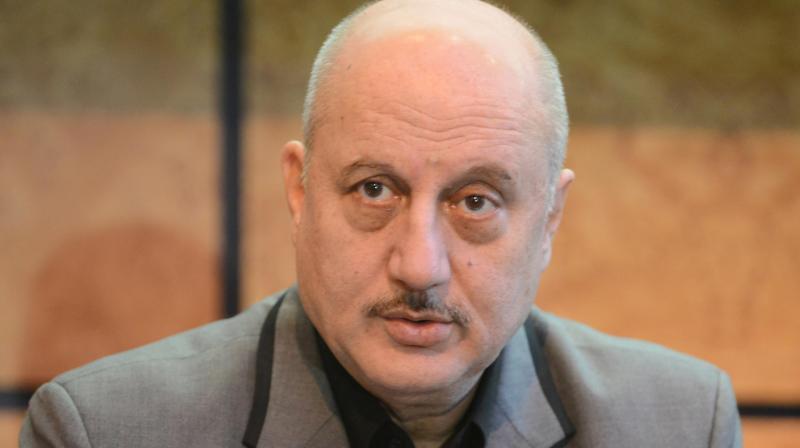 Mumbai: FTII chairman and actor Anupam Kher on Wednesday said that he will take out time from his acting schedule to fulfill his new responsibility.

Kher was last week appointed chief of the Pune-based Film & Television Institute of India (FTII), an autonomous body under the Union Ministry of Information and Broadcasting.

"A busy man has time for everything. I understand the sense of responsibility. It is not that I am an actor who is retired and is now doing a job.

"I am a very happening actor. I will take out time. I will bring the whole experience of being a stage actor, theatre actor, teacher on board for FTII," Kher told reporters when asked how he would manage his acting career and his new role.

The 62-year-old veteran was speaking on the sidelines of the Jio MAMI festival's closing ceremony here.

He paid a surprise visit to the institute campus in Pune early this week.

"I was a student there 39 years back so it was wonderful to go there as a student. I met students, had lunch with them, conducted two classes with them," he said.

On the acting front, he will be seen next in a biopic on former prime minister Manmohan Singh.

Without revealing anything about the film, Kher said, "I am under contract so I can't talk about it. It is going to be a challenging film."

When asked being a supporter of the BJP, how he would portray a politician from the opposition,Congress, in the biopic, Kher said, "I am an actor, I have played both good and bad roles so I have not given any interpretation. Don't put my acting to any party."