The superstar revealed that he has not slept from the past week, and is waiting for positive reactions from his fans. 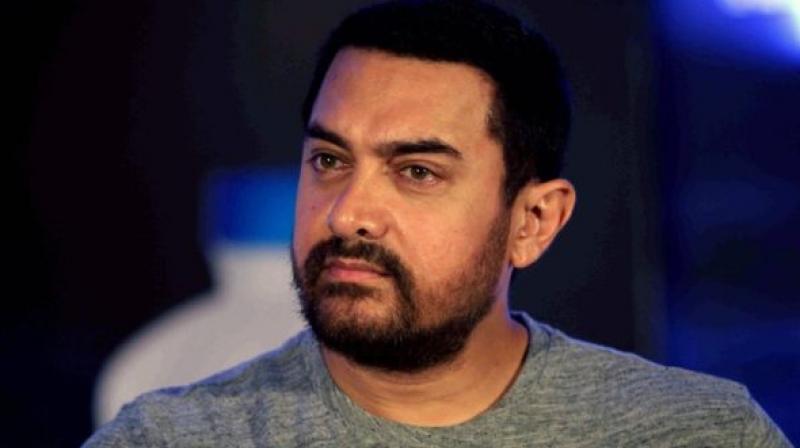 New Delhi: Aamir Khan has been having sleepless night as he has been very nervous about his upcoming next, 'Secret Superstar'.

Aamir, who is backing 'Secret Superstar' in two capacities, as a producer and as an actor, has been leaving no stone unturned in promoting the film across the country.

Sharing his thoughts a day prior to the release of 'Secret Superstar', Aamir wrote on Twitter, "One day to go... tom the film releases all over (and on 20th in Turkey). I hope you all like it. Haven't been able to sleep for the past 1 week... fingers crossed... waiting for your reactions ?? Love. a."

Even during 'Dangal', the actor was really nervous before the release of the movie. Both films are about the empowerment of the girl child; while Dangal was about a father not differentiating between a girl and a boy child, 'Secret Superstar' chronicles the story of a 16-year-old and her dreams and aspirations.

Both try to put a spotlight on the issue of gender equality. But, in this film, the attempt is much larger.

Aamir mentioned in one of his interviews that, it is a bigger film than 'Dangal' because the film is trying to say something that is much bigger. 'Dangal' spoke to parents, that they should not differentiate between girls and boys. 'Secret Superstar' talks to teenagers about their dreams, aspirations, challenges and constraints.

The actor also recently revealed that his character of Shakti Kumaarr is one of the toughest roles he has played till date as the character is nothing close to anything he has played earlier.

Secret Superstar is based on a teenage girl named Insiya, played by Zaira Wasim, who sets out to follow her dream of being a singing superstar under the confinement of anonymity.

Early screenings of the film have been garnering positive word of mouth for the Diwali release. 'Secret Superstar' also received a standing ovation in its first cut screening from distributors and exhibitors.

Backed by content and driven by powerful actors, Secret Superstar makes for a perfect Diwali treat for the audience worldwide. The film is receiving appreciation from film critics who are hailing it as the best film of 2017.

Produced by Aamir Khan, Kiran Rao under the banner name of Aamir Khan Productions, Zee Studios and Akash Chawla, 'Secret Superstar' is written and directed by Advait Chandan. The film is slated to release on October 19.