Entertainment   Bollywood  19 Sep 2019  I had to train to play carrom with my right hand: 'Chhichhore' star Tushar Pandey aka Mummy
Entertainment, Bollywood

I had to train to play carrom with my right hand: 'Chhichhore' star Tushar Pandey aka Mummy

Tushar Pandey who played Mummy in Chhichhore has a very interesting journey to share. 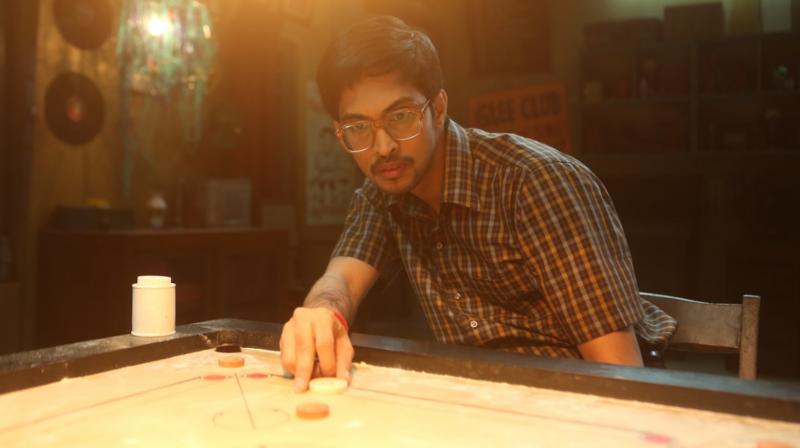 Tushar Pandey in the still of Chhichhore.

Mumbai: After the release of Nitesh Tiwari's directorial venture, Chhichhore, a common feeling that the audience shared was to befriend every character from the film. Interestingly, everyone sees their friend in Chhichhore's characters like Anni, Derek, Mummy, Sexa, Bevda, Acid and Maaya.

All the actors in the film worked very hard to get into the skin of their respective characters as they had their journey. Similarly, Tushar Pandey who played Mummy has a very interesting journey to share from getting into the character to receiving audience response post the success of the film.

Also Read | Tushar Pandey on his role in Rang De Basanti: I didn't know, it would become popular

Professionally trained as an actor from the National School of Drama in Delhi and London School Of Performing Arts, Tushar Pandey spent a lot of time to create the role of Mummy. Post briefing of the role, Tushar built his world around the character giving it a new and fresh dimension. This change was not only mental but also physical.

Also, what people may not know is that he had connected the graph of the character to one of his college friends who were very much like the character. Tushar who is naturally a lefty had worked towards becoming a righty for some of his scenes while playing the carrom board.

Speaking about it, Tushar said, "That’s what makes the character developing fun. The script had all the elements, I had to push myself and bring in my elements to make the character honest and fresh. As an actor, you rely on a lot of your experiences and imagination. I had many friends in college and school who were similar to Mummy. It would be too much to say, they were exactly Mummy but a lot of their characteristics are what I borrowed in the film. Also, I had to train to play carrom with my right hand.  Fortunately, I play the guitar and also bat with my right hand, so maybe it wasn’t a big struggle to get accustomed but it took time. I had a national coach, Mr Arun Kedar who worked with me.”

After acknowledging the fact that Chhichhore is the biggest film in his career so far, the greatest gift and reward for him were the numerous amount of messages that he received appreciating his work. Many of the messages were also from people who found character Mummy with their life.

An emotional Tushar says, "I’m ecstatic right now. The response and appreciation have been phenomenal, much more than I could imagine. What has been special is the messages and calls from within the industry. It was surprising to get messages from actors and directors I have grown up watching. This has been truly memorable.”