Complaint has been filed against Shraddha Kapoor and a producer of the movie in the magistrate court in Andheri. 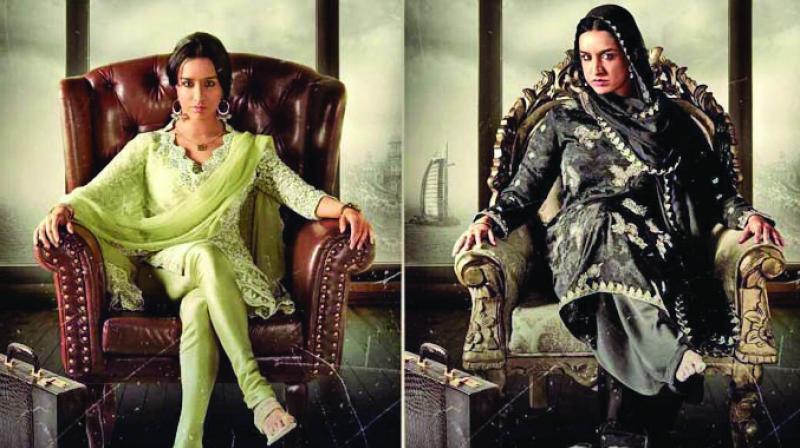 Haseena Parkar will release on September 22

Mumbai: A Dadar-based garment manufacturer has filed a complaint against Bollywood actor Shraddha Kapoor and one of the producers of the movie, Haseena Parkar accusing them of cheating and criminal breach of trust.

The complainant, M&M Designs, which is in the business of manufacturing, marketing and sale of branded designer costumes, under its brand label AJTM (Aj Mistry & Thea Minhas) has claimed that there was barter deal for supplying costume for the lead actor. It claims that there was a barter agreement between the designer and the producer of the film.

According to complainant’s lawyer Rizwan Siddiquee, “M&M Designs had supplied dresses for the lead actor in the movie. They have filed a complaint in the metropolitan magistrate court, Andheri. The case will come up for hearing on October 26.” The movie is based on the life of underworld don Dawood Ibrahim’s sister Haseena Parkar also known as Aapa. It is scheduled for release on September 22. Despite attempts spokesperson of the producer of the film was not available for the comments.

The complainant has alleged that despite reminders, neither the actor nor the producer took any promotional activities for M&M Designs as per the agreement.

According to the complainant, the makers of the movie were fully aware of the fact that “if they fail to perform their roles, duties and obligation under the said agreement then the complainant shall incur huge monetary losses.