In her career spanning over 15 years, Radhika has portrayed varied characters, with each being distinct from the other 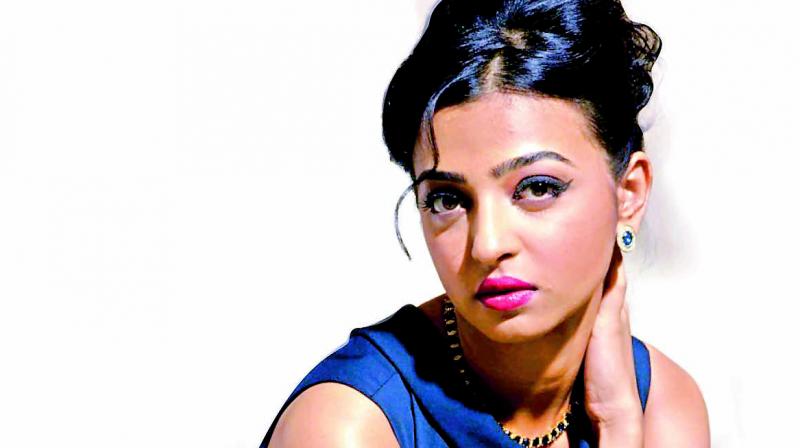 Radhika Apte, who has been riding high on success with her back to back hit films and OTT series, doesn’t want to stop experimenting with her roles. The actress is making the most of the content wave sweeping across Bollywood and beyond.

The Padman actress, who made her debut in 2005 with a small screen presence in Vaah! Life Ho Toh Aisi, has come a long way.

And now, Radhika is all set for her 2020 release Raat Akeli Hai on Netflix, starring opposite Nawazuddin Siddiqui.

In her career spanning over 15 years, Radhika has portrayed varied characters, with each being distinct from the other. The difference between every role that she plays and her selection of roles depends on how exciting the opportunity is for her.

“I get bored if I have to do the same thing repeatedly, so I choose subjects which are challenging and exciting enough to work on,” says the actress, who although had one Hindi release last year but had a prolific and productive 2018.

With box office hits such as Padman, Bazaar, Andhadhun, and trend-setting web series like Sacred Games and Lust Stories, the actress has carved a niche for herself in the entertainment industry.

However, the length of the role never made any difference to her. “It depends on what I am getting out of the project. At times I see the length of the character and if some project is paying huge money, then I would say yes even if it is a small role,” she gushes.

In recent years, the actress has been blossoming on OTT platforms, and her fans have also been embracing her performances on these platforms.

However, Radhika feels her image has been placed differently in the public domain. “I have just done two shows on OTT. I have done 40 films and three short films, but all people want to talk about is my OTT shows. It’s the marketing strategy of the makers and channels. I am just enjoying my work,” asserts the actress and adds that she had her share of criticism despite doing her best.

“But I feel that’s important otherwise how would I learn? I have heard so many bad things about my work. It is important to be criticised and I heard that I was not good in certain projects. But I take it positively and look forward to doing my craft better,” shares the Manjhi actress.

Apart from commercially hit films, Radhika has also done interesting roles in films such as Shor in the City, Parched, and Phobia among many others. When asked if she feels bad when films tank at the box office, Radhika responds negatively. “I don’t feel bad because failure is important for success, you can’t have success without failure. It’s the process that I enjoy the most,” she explains.

For the last few years, there has been a wave of women-centric cinema, however, only a few films could churn out moolah at the box office. According to Radhika, this is just a part of a larger problem in our society.

“It’s not just the film industry but society also has to change. The budgets of these films are huge and the fact that they are making female-centric films is appreciated. Subjects for women-centric films are also very sensitive so society as a whole needs to update itself,” she opines.
While several seasoned actresses have agreed that this is the best phase for the actresses to work in Bollywood, as there are a lot more opportunities in terms of content, Radhika feels that the change is attributed to the OTT platforms.

“There was a time when 20 years ago some actresses would do fantastic roles. Even today, actresses are doing good roles, but that’s not a drastic change because not many actresses are doing that. OTT platforms have given a lot of opportunities to do different things for female performers,” states the actress, who also has one more film Shoot the Piano Player with Andhadhun director Sriram Raghavan releasing this year.

As of now, Radhika has been quarantining with her musician husband Benedict Taylor in London. The actress is making the most of this lockdown period. Recently, she went out on a lunch date with her husband and was trolled for not wearing a mask. In the past as well, the actress has been on the receiving end of slut-shaming on social media. However, the actress stays sane by not paying any attention to trolls.

“I don’t like social media but I do it because it’s a huge part of my job. I have restricted it to 10 minutes a day now. I don’t actually listen to slut-shaming and trolling. Dogs bark on the streets and you don’t have to listen to them. Social media criticism never bothered me. I do things that I am convinced with and I do them with all my heart,” states the actress in conclusion.