Entertainment   Bollywood  19 Jul 2019  Malaika and I respect each other: Arbaaz Khan
Entertainment, Bollywood

Malaika and I respect each other: Arbaaz Khan

The actor opens up about his family, his equation with ex-wife Malaika and how his son Arhaan handled their break-up. 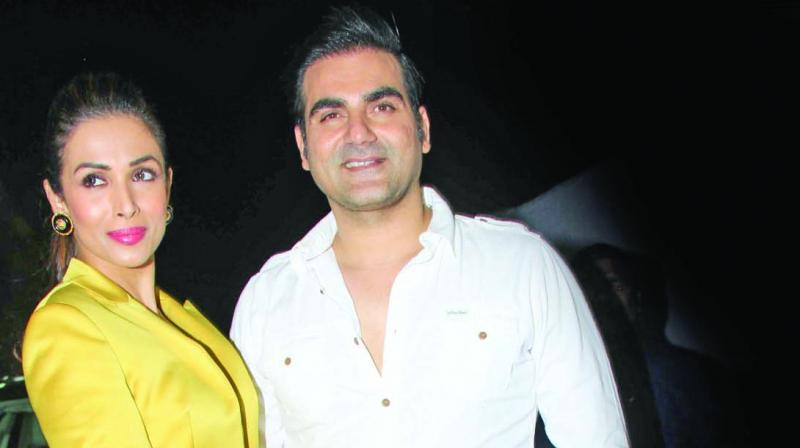 Arbaaz Khan is plenty busy shooting for Priya Prakash Varrier’s controversial film Sridevi Bungalow. The actor, who will be playing himself in the film, has been on a professional high: Apart from Sridevi Bungalow, he is also working on Mohanlal’s Malayalam film Big Brother and Dabangg 3, both coming soon.

Arbaaz, who has also been facing some demons on the personal front, explains that his family comes first. He reveals that the family motto to keep everyone together is to do whatever he or she wants to do. “We follow the mantra that we have to stand for each other when needed. But we all live our lives on with different terms and conditions that suit us. This is the reason of our unity: We give liberty and freedom to each other, we don’t interfere in each other’s life,” he shares.

The actor explains further with an example: “For example, if Salman Khan is professionally comfortable with a team, and I may not be having a cordial relationship with someone out there, then Salman will go ahead and work with them, and vice versa. We will never restrict each other saying ‘Yaar, why are you working with them?’”

Arbaaz also opened up about his relationship with his ex-wife Malaika Arora, saying that they share a good rapport even after their divorce. “We have been together for so many years, and shared so many memories. Most importantly we have kids together, so there’s a respect for each other. There was something that did not work between us so we got separated. However, this doesn’t mean that we will hate each other. We are matured individuals; we are dealing with it with respect and dignity,” he reveals, adding that he has a good relationship with her family as well.

“I have a good equation with her side of the family too. So if we could not live amicably under one roof, we decided to lead our lives separately. Our son has kept us bonded, and when he grows up everything will be better,” he opines.

Speaking about his son Arhaan, Arbaaz says he is a proud father. “He is a very good son, I love the way he has handled all this. Many times at this sensitive age, children are victims of bad influence, but he’s a very positive kid. He has excelled in studies, sports, and music. He has good habits and good friends, and that makes me feel more proud of him.”

However, the actor is aware that his family’s privacy is at risk because of social media. “Social media has taken away privacy from you, because nothing is personal, everything is in and on social media now,” the actor says, adding that the privacy he enjoyed in the past has vanished.

“Today even the common people with mobile phones in their hands click photos of celebrities while they may be having food in a restaurant and share it on social media,” he adds.