The trolling would have died down had her husband Dharmendra, in all innocence, not commented on how alien the broom looks in his wife’s hands. 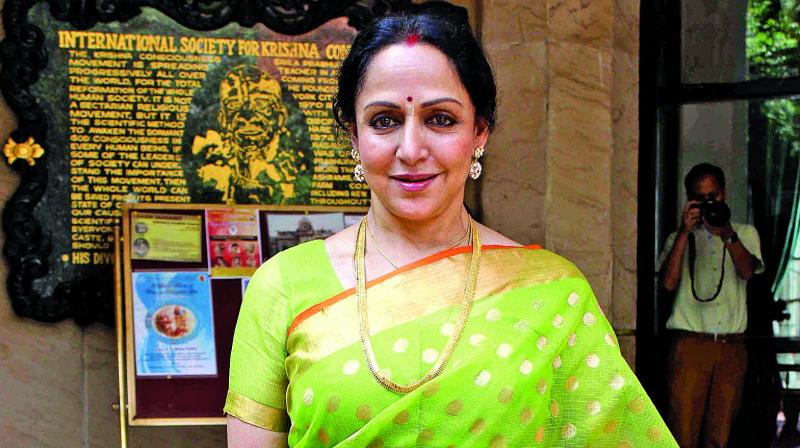 The Twitter kingdom had a ball trolling Hema Malini for taking to the broom as token gesture for Swach Bharat Abhiyan.

The trolling would have died down had her husband Dharmendra, in all innocence, not commented on how alien the broom looks in his wife’s hands. Dharmendra had earlier been asked on Twitter whether he had seen Hema Malini use a broom before the cleanliness drive and he said, “Yes (she has picked up the broom) in films. Mujhe bhi anaari lag rahi thi. Maine magar bachpan mein apni maa ka hamesha haath bataya hai (She looked like a novice to me too. However, I would always help my mother during childhood with household chores. I was very efficient at sweeping with brooms),” The  trolls had a field day thereafter.

But Hemaji is unfazed.  “Dharamji speaks from his heart. And he must have felt I wasn’t comfortable. I never wanted to show myself as someone who uses the broom every day. It was symbolical gesture more than anything else. I don’t think there’s any shame in not being  proficient in any kind of work. Everyone can’t know  every  kind of work. Bolne wale toh kuch bolenge chahe aap kuch karo (the  naysayers will  say anything  no matter what you do). I’d rather  focus on my work than get perturbed by trolls.”