The Haryana Police on Tuesday arrested the husband of Bidisha Bezbaruah, a day after she allegedly committed suicide. 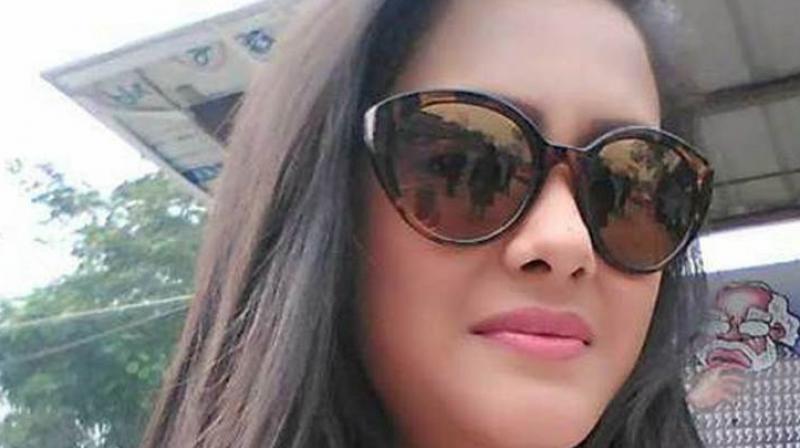 Gurugram: The Haryana Police on Tuesday arrested the husband of Assamese actress and singer Bidisha Bezbaruah, a day after she allegedly committed suicide in her sector 43 Gurugram apartment.

Bezbaruah recently shot into the spotlight after her role in the Ranbir Kapoor-starrer 'Jagga Jasoos'.

"On 17 July, we got the information at around 8:30 that a girl has committed suicide. As soon as we received the information, our police team along with the SHO reached the spot. We took videos and photographs of the spot, after which we brought the body down. Her father has also lodged a complaint against her husband following which he has been arrested," Harender Kumar, Assistant Commissioner of Police (ACP) (DLF) told ANI.

Meanwhile, the sudden demise of popular actress and singer has created a sensation in the state.

Bidisha, daughter of Aswini and Ranjeeta Bezbaruah of Uzan Bazar, Guwahati got married to a man from Gujarat, almost a year ago.

According to reports, Bidisha told her parents that she wished to divorce her husband, to whom she was married for about 14 months.

The actress had reportedly been suffering emotionally and often complained of harassment by her in-laws.

Bidisha earned praises of the people of Assam with her brilliant acting in the drama 'Xanto Xisto Hristo Pusto Mohadusto.'

She was also seen performing Bihu along with singer Angarag Papon Mahanta during an event of Radio Mirchi.