In Bollywood, it’s survival of the fittest

Nobody can help another actor become successful. To each his own 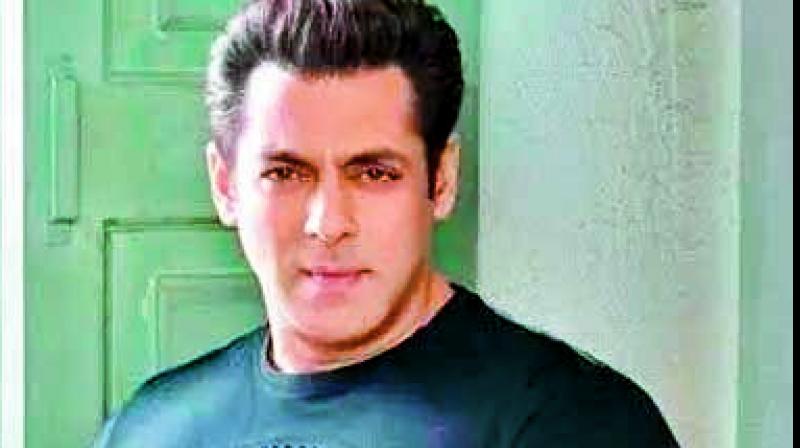 If you are a part of a Bollywood family such as the Bachchans or the Kapoors, you will get a few extra chances to redeem yourself professionally

Bollywood is a lonely world. Behind the glitz and stardust, there are tales of rejection, failure, isolation and sadness. Everybody here is fighting their own battles. You could be an A-list star such as Deepika Padukone who’s been bravely battling depression or a Sushant Singh Rajput, who gave up the struggle.

Like Sushant, Deepika too was an outsider in the industry. Though she zoomed to the top of her game, now, she’s struggling to find her space again. Her last film Chhapaak may have got her critical acclaim but met with zero commercial success.

The A-lister who hobnobs with the cream of Bollywood, has to prove her mettle once again. To put it bluntly, she has no films other than a small role in her husband, Ranveer’s film ’83.

Abhishek Bachchan, Arjun Kapoor, Esha Deol, Athiya Shetty, Sonakshi Sinha and many more like them — star kids — who belong to an illustrious filmi family have struggled to get a foothold in the industry.

Junior B has wisely found his solace in sponsoring sporting events, while Arjun, who is fighting hard for a hit film, is more in the news for his relationship with Malaika Arora! Esha Deol gave up long ago, while Ahana Shetty and Sonakshi are still trying.

Superstar Shah Rukh Khan is facing an all-time career low with all his last few films tanking at the box office. The actor who is part of virtually every top camp — be it Yash Raj or Dharma — and is friendly with the likes of Sanjay Leela Bhansali and Salman Khan is yet to emerge from his self-imposed hiatus. He is struggling to find that one good film which will give him success.

The struggle is harsh

The truth is that while Bollywood camps are a reality, they do not guarantee success; otherwise, Siddharth Malhotra, who is virtually a part of every Dharma production, would not be desperate for a hit now. But the protective barrier of a well-known God father, such as Karan Johar, has ensured that he has not yet been discarded by the industry. However, gaining entry into the hallowed inner circles is incredibly tough.

Especially if you are a non-entity such as Sushant, who moved in from a small town to make it big in the glamour world. You could be side lined at film events, not invited to private star bashes unless you are acknowledged as a “good actor with box office viability” as other “outsiders” such as Ayushmann Khurana and Ranveer Singh.

Ranveer Singh has proved his worth and has married Deepika Padukone — so his rating has gone up. And everyone is nice to him. But before he proved himself, he was the butt of jokes on Karan’s show too.

London-based Bollywood celebrity journalist, Anushka Arora confirms the camp culture. “It’s really sad these camps in Bollywood exist,” she points out. “Many Bollywood actors put in so much hard work into their movies, but it just doesn’t get recognised because another ‘A-lister’ has more fame and support. Sushant has openly said he doesn’t have a godfather in the industry. That automatically put him into isolation because a godfather will get you better movies, right?”

If you are a part of a Bollywood family such as the Bachchans or the Kapoors, you will get a few extra chances to redeem yourself professionally.

Top line producers such as YRF and Dharma will always keep their doors and houses open. And if you are a fresher such as Ahaan Shetty, son of actor Suniel Shetty, then while a producer such as Sajid Nadiadwalla will spend crores to launch you, it does not guarantee you success. For instance, Ahaan’s sister Athiya was launched with much fanfare by Salman Khan, but right now, she is more famous for her relationship with cricketer K.L. Rahul than her work.

In Bollywood, there is no guarantee you will achieve success after a blockbuster launch. It had happened with Sonam Kapoor and Ranbir Kapoor, whose debut film Sawariya was a big flop. Sonam has virtually no films on hand and keeps herself busy by posting fashion images on Instagram.

As for Sushant’s unfortunate death, producer and director Ram Gopal Varma (RGV), makes perfect sense. “Bollywood is a hard place. If Sushant after 12 years of fame and money took his life because he was made to feel like an outsider, then another hundred actors’ suicides will be justified because they couldn’t get work,” point out RGV.

Industry not to blame

There are no free meals in Tinsel Town. You could be a true-blue industry kid and Karan’s blue-eyed girl such as Alia Bhatt. But that proprietary approach could not protect her from facing a super flop such as Kalank. Karan had ironically brought Kalank to another star kid such as Sonakshi Sinha, who also has not seen good times in a long time.

A Bollywood-insider points out, “Everybody is blaming the industry right now. But the fact is that nobody has the time to reach out to people. Everyone is working 18 hours a day and the industry works from project-to-project.

Also, unless you are a big star, most of these younger crops of actors are easily replaceable, and most producers have back-up options in place. People will reach out to you if you are accessible, Sushant, reportedly was not. He would take hours to respond to messages or switch off his phone and disappear. He hated the trappings of stardom.”

What went wrong for Sushant?

Sushant fortunes rose again with the stupendous success of M.S. Dhoni: The Untold Story. But the acceptance that he clamoured for was still not within his grasp. On Koffee with Karan, he was trolled by stars who now mourn his loss.

Post M.S. Dhoni: The Untold Story, Kedarnath and Chhichhore got him critical acclaim but another superhit film remained elusive. Drive was released online, got a poor response and, it is alleged, Karan Johar stopped taking his calls after that. Sushant had banked heavily on Paani and when YRF backed out, he was heartbroken.

Sushant also had set his heart on another film, Chandamama Chur Ke. “Both these films required lavish budgets, and frankly no producer would invest that kind of money on him as he was not an A-list star,” says the source.