Prabhu Deva chats about his experimental move, his journey in Bollywood and his long-standing association with Salman Khan. 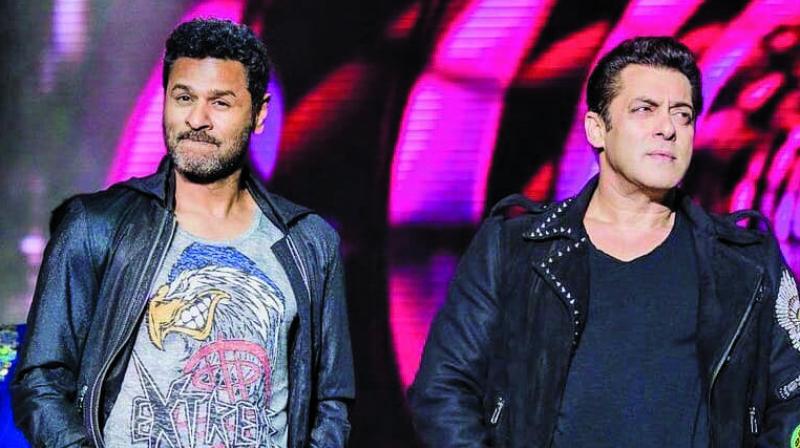 Continuing on about the risks he has taken for the film, Prabhu says that the audience will see him in a different light.

Actor-director-choreographer Prabhu Deva, who has always said that dance is his first love, has been on an experimental kick lately. His latest film Khamoshi is a supernatural horror film, which is a new dimension for the multi-faceted star.

Speaking about the genre, Prabhu says, “In Hollywood and down south, people have been highly experimental — They have made a lot of thrillers and horror films. If you ask me, it is always fun to do a thriller because it keeps you on the edge of your seat. The nail-biting experience of the  genre is a different fun altogether.”

Continuing on about the risks he has taken for the film, Prabhu says that the audience will see him in a different light. “For me, as an actor, it is a challenge to perform different roles. But for people, it will be a different perspective altogether as there’s no song and dance. As for me, it’s a challenge because that’s out of my comfort zone,” he reveals.

Prabhu, who is known in the industry for being multi-faceted, also highlighted the pros and cons of being a master of many skills. “You are sometimes asked to do everything, and that the   flipside, but that’ s okay. I am enjoying it. God has given me so much that I can’t complain. Their intention is never to save money or anything of that sort though,” he explains.

For now, however, the actor-turned-director would like to focus more on  Bollywood, though he has always been associated with the industries down south. “I have always been acting in the south, and have never taken a break from acting. I don’t get many offers from Bollywood in terms of acting. Earlier, I just went with the flow. It wasn’t a conscious effort to not act here,” he says.

Prabhu made his directorial debut in Bollywood with Salman Khan-starrer Wanted in 2009, and their association has remained just as strong even today — Prabhu is currently directing Salman in Dabangg 3. But nevertheless, the modest director, who in essence reinvented Salman with Wanted, refuses to take any credit. “It has been 10 years since then, and I don’t want to look back. It’s been a great experience. I don’t take any credit because who am I to rediscover Salman Khan? He is a superstar. I was new to Bollywood then and he was a superstar, and he trusted me so much,” says the 46-year-old.

Ever since Wanted’s success, rumourmills have been rife with the news of its sequel. But the director has no such plans. He says, “There are no plans for Wanted 2 for now, but you never know what the future holds for you. For now, I am working with Salman again in Dabangg 3 and that’s a great opportunity for me.”

The 46-year-old who debuted in 1994 has seen the industries evolve over time and he  notes that filmmakers have become more responsible over the years. “It’s not just me, everybody has become responsible. Writers write the songs, then it reaches the musicians, then producers and directors, so it keeps getting filtered. Despite that someone still gets offended, but its never intentional,” he says. “Nobody does anything wrong knowingly, it happens by mistake or without knowledge. We all are human at the end of the day. Nobody wants to put anyone down. We are all very responsible; we have a mother at home. It is not on purpose for sure,” he adds.

The ace director has always worked in varying capacities with the stars, from dancing to acting with them. But he says that working with them as a director is a whole different game. “It feels good to work with stars; it’s a different feeling to be directing them. They are cool people and they don’t take anything lightly or for granted. Always focused. Of course, the audience perceives them as stars, but they are as normal and as hard working as we are,” he reveals.

However, the films of Bollywood’s brightest superstars have not been making waves at the box office lately. When asked how he sees the future of stars in the industry, Prabhu says it is better for him to focus on his own work. “What can I talk about the superstars? At the end of the day I am also struggling, I would think about my own situation. Let me think about what I am doing and where I am heading instead of others,” he concluded.