Sriram Raghavan was in news on Monday because of his second time collaboration with Dinesh Vijan. 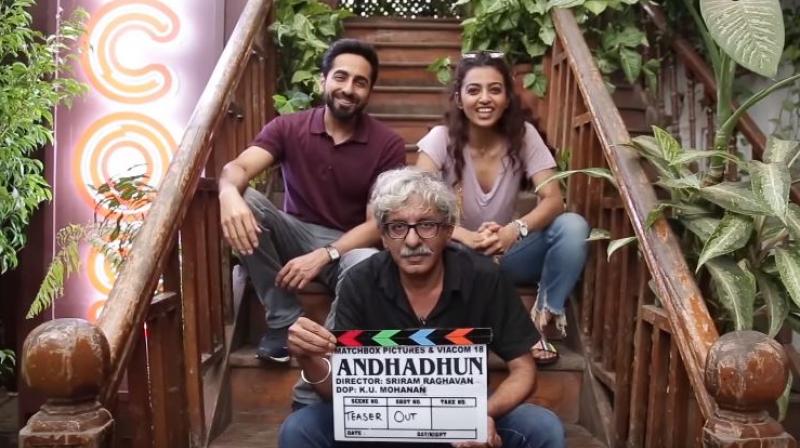 Sriram Raghavan was in news on Monday because of his second time collaboration with Dinesh Vijan. They are collaborating after ‘Badlapur’ for a biopic on Param Vir Second Lieutenant Arun Khetarpal.

Today he is part of a video title announcement of his next film, which was tentatively titled ‘Shoot The Piano Player’. The film also stars Ayushmann Khurrana, Radhika Apte and Tabu. While Tabu is nowhere to be seen, Ayushmann, Radhika and Sriram, after a lot happening, unveil the title of their film.

“We are punning with the title as Ayushmann plays a blind pianist. It goes well with the story too. We had a lot of options in our mind, including ‘Shoot The Piano Player’, but the producers weren’t keen on using an English title. I know the real word is ‘Andhadhund’, but the ‘D’ is silent for us,” Sriram heartily tells Mumbai Mirror.

“It’s actually closer to 'Johnny Gaddaar' (his 2007 neonoir thriller) with its quirky characters and a strong plot revolving around Ayushmann, Tabu and Radhika. Amit Trivedi has done the music, and this is the first time my characters will be lisping in the film,” he adds.