Fans shared several pictures and videos of the superstar from Universal Studios in USA for ‘Zero’ shoot. 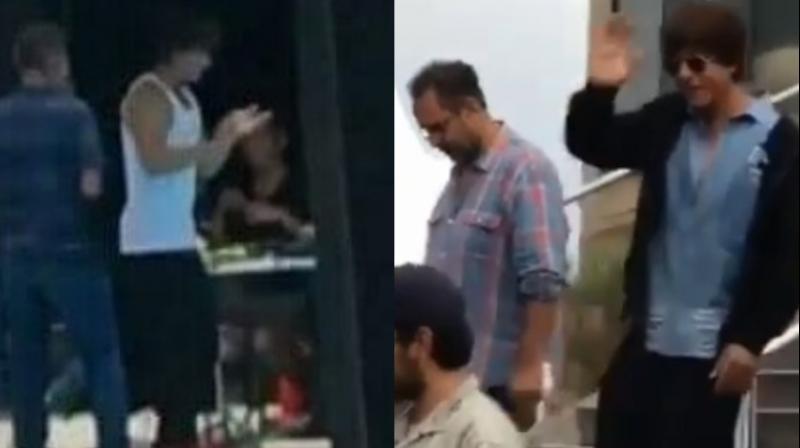 Screengrabs from pictures and videos of Shah Rukh Khan on Instagram.

New Delhi: For the past month or so, Bollywood Badshah Shah Rukh Khan has been shooting for his upcoming drama 'Zero' in the United States.

The news came in from the film's director Aanand L. Rai. Announcing the beginning of the climax, Rai tweeted a Hindi quote penned by Mirza Ghalib along with the news.

‘Zero’ has been making news for the teaser starring Salman Khan that was released as Eid gift to fans.

Fans and fan clubs also shared pictures and videos on Instagram of SRK arriving for the shoot and waving at them.

Some of them managed to capture him during the shoot as well, and we see him in a ‘ganji’ like we had seen in the announcement video.

'Zero' is a story that celebrates life, the first look of the film featured Shah Rukh Khan as the adorable vertically challenged man piquing the interests of the audience to witness the unusual tale.

The romantic-drama is slated to hit the screens on December 21.