Entertainment   Bollywood  19 May 2019  I directed because of Prasoon sir: Kangana Ranaut
Entertainment, Bollywood

I directed because of Prasoon sir: Kangana Ranaut

The actress also recalls how Anurag Basu gave her the confidence in her earlier days she needed. 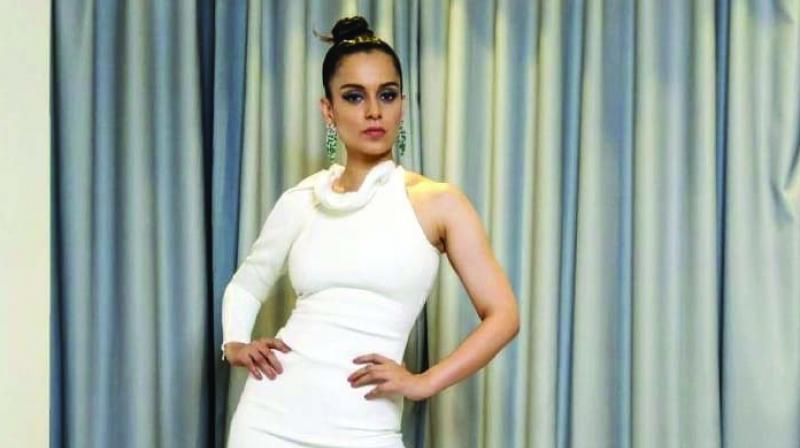 Kangana Ranaut visited the Cannes Film Festival 2019 for the second time in a row and slayed it like a boss. The talented actor, who is known for her impeccable fashion sense made a point to show who is the ultimate fashion queen during her multiple appearances at the prestigious film festival.

After flaunting bold looks, the Queen star opted for a stunningly soft and feminine gown by Filipino fashion designer Micheal Cinco. But what really caught the eye was her beautiful long embellished trail.

“The dress is very structured but at the same time, it has an absolutely romantic vibe to it. It is fierce and translucent but has a romantic vibe,” says the actress.

Her latest film was a success on box office and the actress can’t stop gushing about Prasoon Joshi who pushed her into directing the period drama, she says, “In the beginning, I was a bit apprehensive about directing it, and I told Prasoon sir. I’d like to tell this to everyone today that if tomorrow, I become a good filmmaker as good I am an actor, the reason will be Prasoon sir. He was the one who said, ‘She can do it. Let her do it.’ And I asked him, ‘Why do you think that?’ He told me, ‘I meet so many directors every day, and I see that in you. You can do it.’”

The actress also recalls how Anurag Basu gave her the confidence in her earlier days she needed. “When I was struggling to be an actor, there was a point when I was not sure if I had it in me or not. I remember Anurag Basu told me, ‘You have it in you.’ I really needed somebody to tell me that. And Prasoon sir has done that for me. Every time I meet him I remind him that he is the reason that I directed that film” says the actress.