Earlier this week, he was spotted waiting in his car till it was time for him to board. 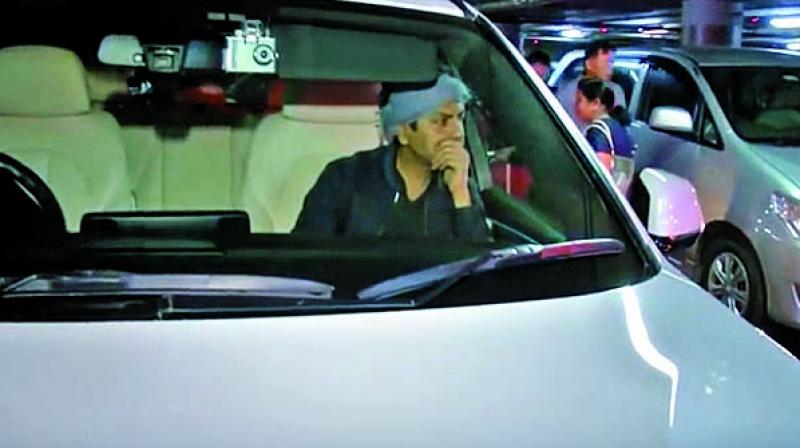 Nawazuddin wraps a towel around his head at the airport

Scopophobia, scoptophobia, or ophthalmophobia is an anxiety disorder characterised by a morbid fear of being seen or stared at by others. And that is what Nawazuddin Siddiqui seems to be suffering from at the moment. The actor is always not his usual self when he is seen at the airport or public places.

“Nawaz is a common man’s hero. People like him and connect a lot with him because he looks like one of them and seems very affable as well. People come and try and take loads of selfies with him and he is very uncomfortable with all that. So, he tries to wear something on him that will not make him easily recognisable. For example, before taking flights, he wears a towel around his head and keeps his face covered as much as he can before he goes off to board the plane,” says a source.

Earlier this week, Nawaz was spotted waiting in his car till it was time enough for him to check in and board a flight.