Where is Deepika’s RK tattoo?

All Deepika-tattoo watchers can rest easy. The tattoo is very much there, while it now exists in a modified form. 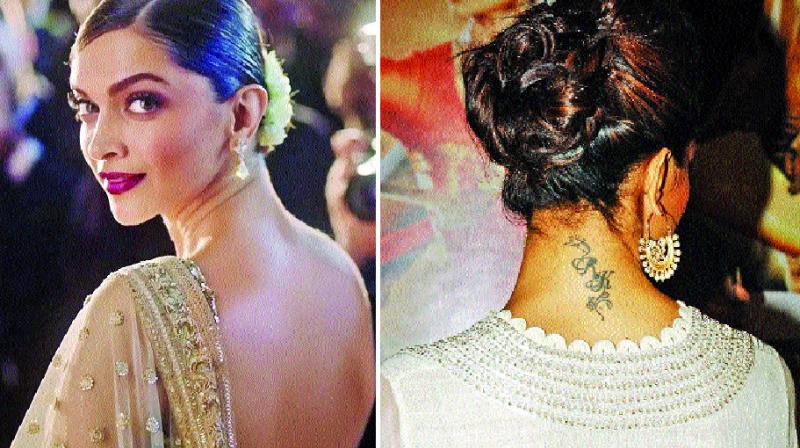 (left) Deepika, sans her tattoo; (right) The RK tattoo that once was.

In a recent advertisement for a Pakistani brand, Deepika Padukone’s shoulder became a region of much speculation.

Where was the ‘RK’ tattoo that she had gotten done below the nape of her neck, in a fit of intense loyalty towards the love of her life, Ranbir Kapoor? Did she get the tattoo surgically removed after their mutual passion was spent?

All Deepika-tattoo watchers can rest easy. The tattoo is very much there, while it now exists in a modified form.

A well-informed source spills the beans. “The ‘K’ from the ‘RK’ has been modified into a design of a flower. However, The ‘R’ remains.” The letter presumably remains in honour of her current romantic allegiance to Ranveer Singh.

For most of her roles, Deepika keeps the (newly modified) tattoo out of camera range, or concealed by make-up. However, for Sanjay Leela Bhansali’s Padmavati, no such camouflage will be required, as she will don elaborate costumes, with her loose hair cascading down to her shoulders.

We now wait to get a glimpse of the brand new avatar of the tattoo, soon.