The filmmaker took to Twitter to tell the writer not to try to harm the film to gain publicity and sympathy. 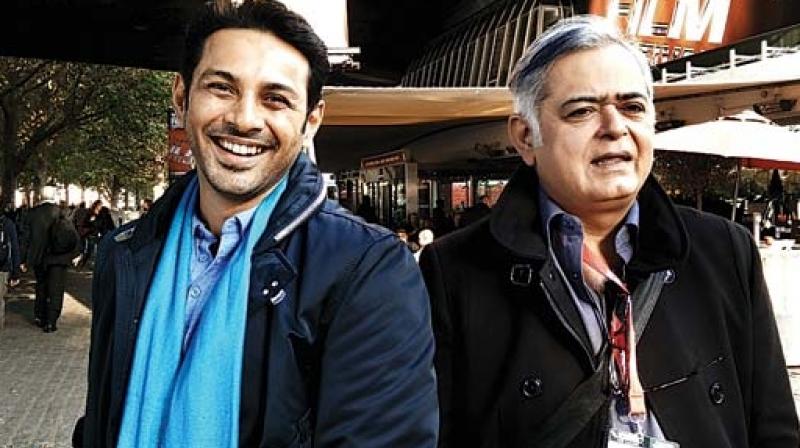 The partnership between Hansal Mehta and Apurva Asrani has crumbled with this latest controversy.

Mumbai: Opening up about the allegations of 'Simran' writer Apurva Asrani, director Hansal Mehta on Thursday said that he is not bothered by name calling on social media by someone desperate to seek attention and gain sympathy.

Asrani has alleged that the film's lead actress, Kangana Ranaut, who has been credited as 'additional dialogue and story writer' tried to discredit his work in public by saying that she developed the story with Mehta from a one-line script.

Mehta, however, without taking any names said that he will continue to credit people who work to improve his films.

"Yes I am guilty. Guilty of crediting individuals who contribute to making my films very special to many of us," Mehta tweeted.

"Call me names, as many names as you want. But in your desperation to seek attention and gain sympathy do not try to harm my film," said the director about his writing partner in films like 'Shahid' and 'Aligarh'.

Alluding to Asrani's comment that Mehta should show some spine and clear the air over the controversy, the director wrote, "My spine is whatever it is, weak or strong, it is only for my film and nothing else. If I chose not to speak it is for my film.

"And when I do speak it will only be in the service of my film, not driven by any blackmail or any noise on social media where dignity is perceived as weakness and conversation is replaced by allegation."

Mehta said he did not owe any explanation to anyone except to those who were genuine stakeholders in his film.

The director also took pot-hots at those who had criticised him for staying silent on the issue.

Yes I am guilty. Guilty of crediting individuals who contribute to making my films very special to many of us. And.. pic.twitter.com/QCm55uSwyj

Asrani responded on Twitter saying, "If only he mentioned 'the truth' as many times as he has mentioned 'MY film', he wouldn't have found himself in this degrading situation."

If only he mentioned 'the truth' as many times as he has mentioned 'MY film', he wouldn't have found himself in this degrading situation.

The credit row took an ugly turn with Asrani saying he was arm-twisted into giving in Kangana's demand, an allegation denied by the film's producer Shailesh Singh who said Asrani was creating a ruckus for publicity.

Meanwhile, another writer, Sameer Gautam, has accused Asrani of stealing credits for 'Shahid' though he praised Mehta for being concerned about that.