Deepika shared the red carpet space with other ambassadors of the beauty brand like Julianne Moore. 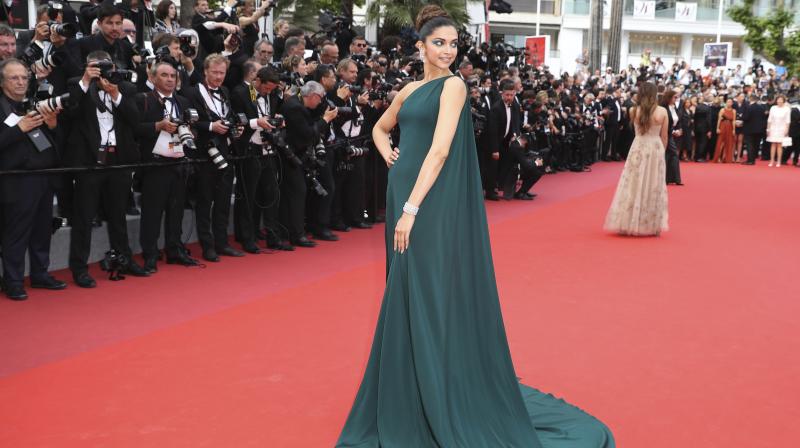 Deepika Padukone poses for photographers upon arrival at the screening of the film Loveless at the 70th international film festival, Cannes. (Photo: AP)

Mumbai: After making a style statement with her debut appearance at the Cannes red carpet on Wednesday, Deepika Padukone raised the glamour quotient again during her second appearance. 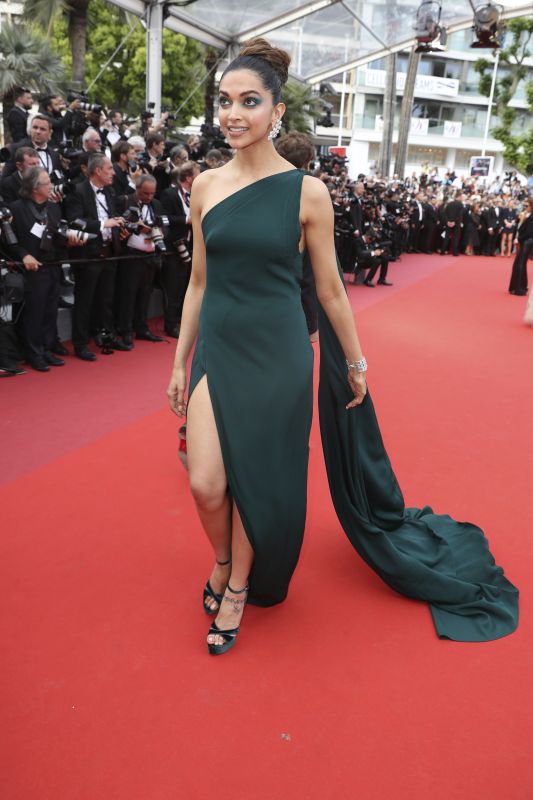 Deepika Padukone poses for photographers upon arrival at the screening of the film Loveless at the 70th international film festival, Cannes, southern France, Thursday. (Photo: AP)

As usual, she looked dashing on day 2 of the Cannes Film Festival. She was seen with smoky eyes in antique green, matched with a emerald green gown. The actress' pretty smile and her confidence was a visual delight. 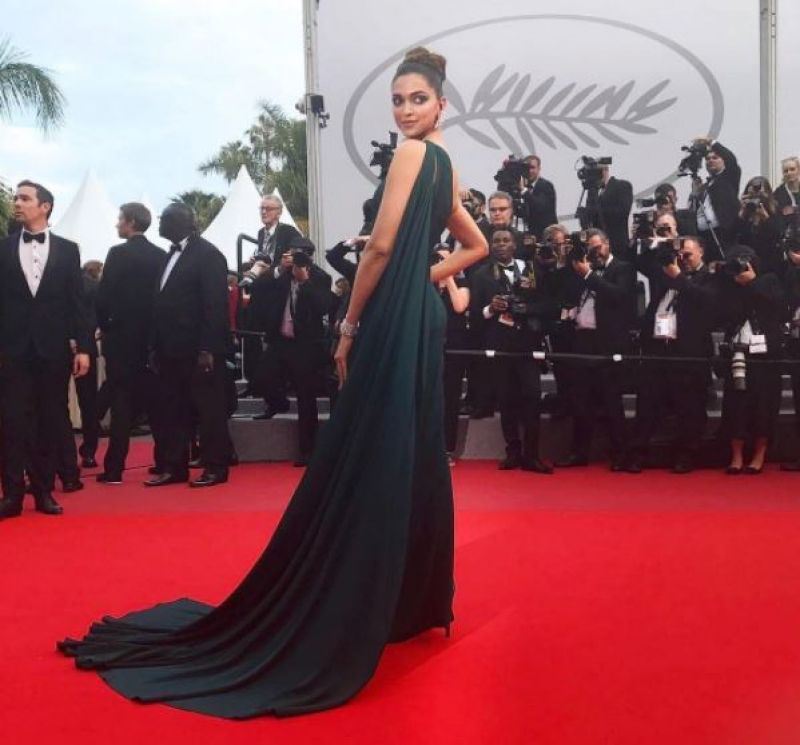 She turned up in a glamorous avatar in a Brandon Maxwell gown, teamed with diamonds by De Grisogono and Chloe Gosselin shoes. 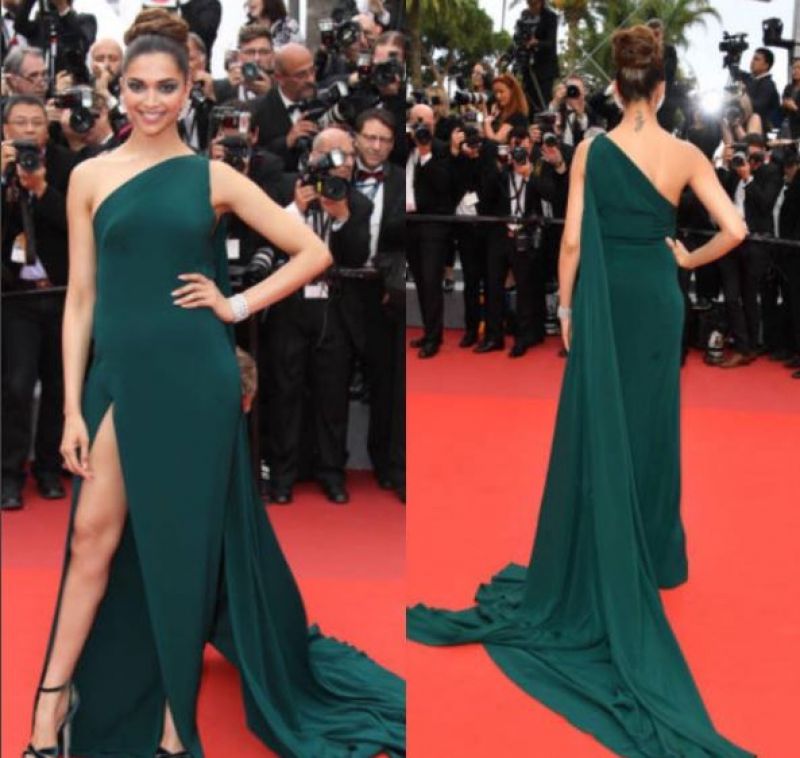 Talking to a website, she had earlier said, “We have started planning. There is too much focus on clothes. It should be fun. As a woman, we enjoy being ready and all of that. Clothes are exciting but there is more to it. It is something that my team is working on.” 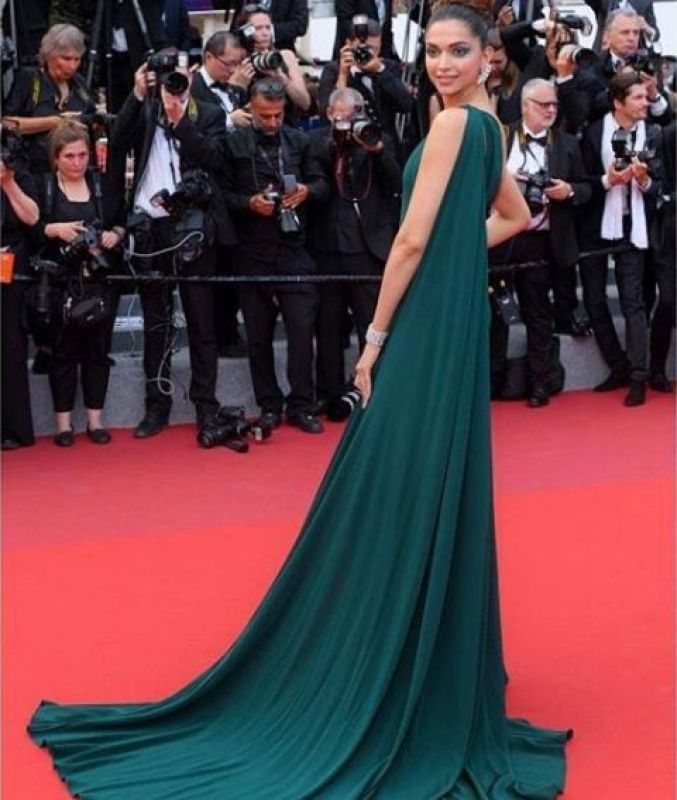 Deepika is the first Indian celebrity to walk the red carpet at the Cannes Film Festival this year and Aishwarya Rai Bachchan and Sonam Kapoor are also set to dazzle at the red carpet in the next few days.

Aishwarya, who has already landed in the French city along with her daughter Aaradhya, will be walking the red carpet on 19th and 20th May to represent her 2002 blockbuster 'Devdas', while Sonam will mark her attendance on the 21st and 22nd May.

All the three actresses are representing a renowned cosmetic brand.

Shruti Haasan's 'Sanghamitra' is the only Indian film to be screening this year and the actress, along with the music composer A. R. Rahman, walked the red carpet on 18 May. Other than them, Mallika Sherawat was also present for the film festival.

The 70th annual Cannes Film Festival started on the 17th of this month and will continue till 28th May.

Hollywood A-Listers like Will Smith, Jessica Chastain, Elle Fanning, Julianne Moore and Marion Cotillard, among others have attended the prestigious festival this time.