Reema Lagoo, who played a mother in umpteen films died of cardiac arrest at 59. 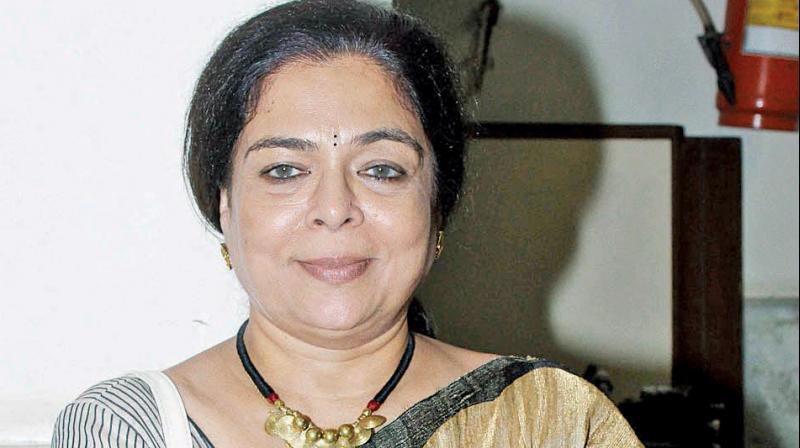 Bollywod woke up to the sad news of Reema Lagoo’s demise on Thursday. The industry and audience’s remember her as one of the most endearing actresses, who epitomised the loving mother in Bollywood films. The light-eyed actress passed away early Thursday morning, after suffering a cardiac arrest. The news came as a shock, especially because Reema was reported to be in good health, and had even finished shooting for her daily soap, Naamkarann on Wednesday. She had to be rushed to Kokilaben Hospital in Mumbai after she complained of chest pain in the night. Reema’s son-in-law, Vinay Waikul said, “We took her to the hospital when she complained. She passed away of a heart attack then. It’s really shocking because she was absolutely fine.” Reema breathed her last at 3:15 am. Reema’s funeral was held at 2 pm on Thursday, and was attended by the likes of Aamir Khan and Kiran Rao, Kajol, Rishi Kapoor, Rakesh Bedi, and Sachin Pilgaonkar, to name a few. 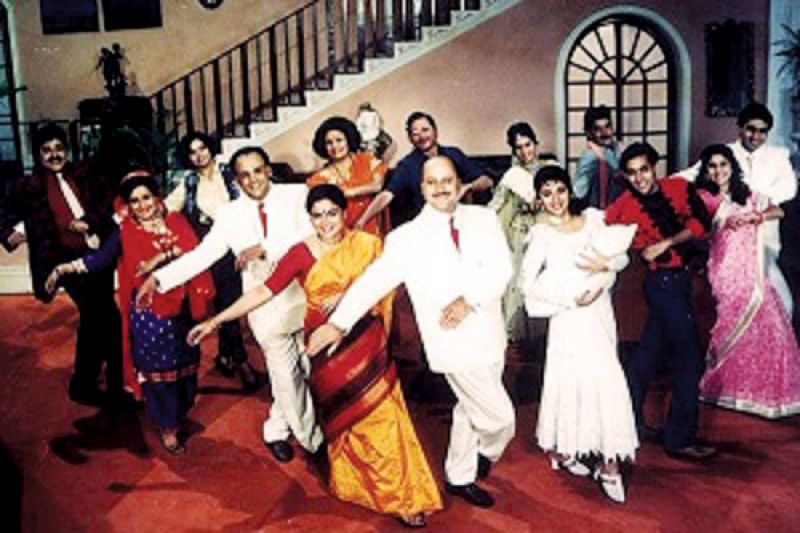 Aamir who made his debut with Qayamat Se Qayamat Tak, that also starred Reema, said, “We are shocked because she didn’t have any health issues that we knew of. My first film was with her. She was a great actress. She was such a clean-hearted person. May her soul rest in peace.”

Juhi Chawla, who played her daughter in the same film and did Najayaz, Pratibandh, and Deewana Mastana with her said, “I met her just some weeks ago at an award function at Raj Bhavan. She has to be one of the most beautiful people. My most vivid memories are of working with her in Yes Boss. She was the ideal mom.” 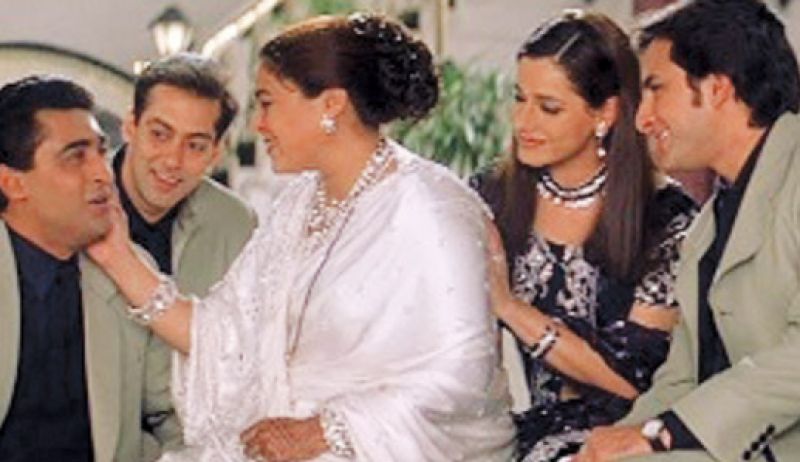 The shoot of Reema’s Mahesh Bhatt show Naamkarann was called off to pay respects to the late actress. Yususf Ansari, one of the directors of the soap, said, “It’s so shocking because she shot for all her scenes on Wednesday, and Thursday morning we get the news that she’s no more. She shot for a sangeet sequence, and was absolutely fine and smiling through the day. It’s such a big loss to the industry.”

Born Nayan Bhadbade in 1958, Reema was the daughter to Marathi theatre actress Mandakini Bhadbhade. Reema’s acting career started soon after she completed high school in Pune. She made her debut in Marathi films with Simhasan in 1979, and in Hindi films a year later with a supporting role in Kalyug. Since then, Reema has given a number of memorable performances in films such as Qayamat Se Qayamat Tak, Maine Pyaar Kiya, Saajan, Kuch Kuch Hota Hai, Hum Aapke Hain Kaun, and Kal Ho Na Ho, among others. 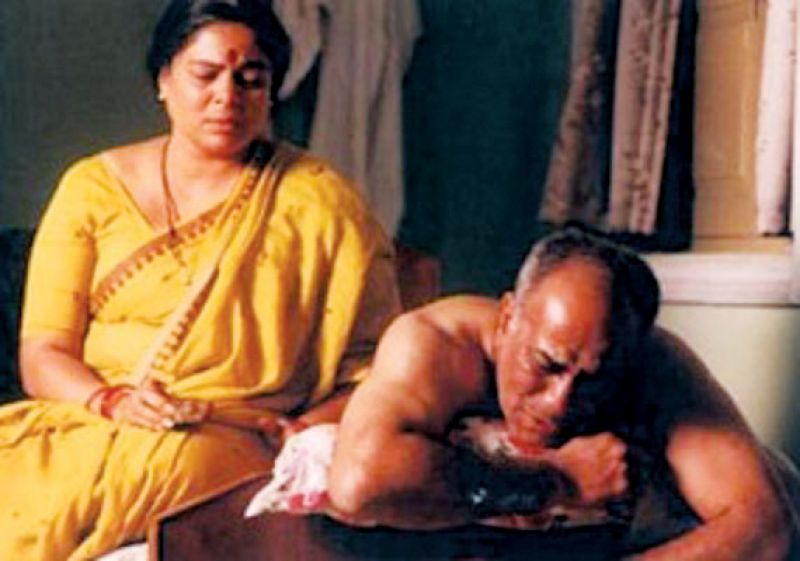 Reema’s illustrious career was marked with roles that won her many accolades and awards such as Maharashtra State Film Award for Best Actress for Reshamgaath (2002) and Indian Telly Award for Tu Tu Main Main.

An insecure mother who wants the best for her son in Hum Saath Saath Hain, a stoic mother who shoots her own son to bring him peace from his demons in Vaastav or the nagging and puckish mother-in-law in the hit series Tu Tu Main Main, or the controversial Rihaaee in which she played the role of a Gujarati village woman, Reema enacted each role with aplomb. Reema is remembered as a powerhouse of performance, as in films, so on stage. She held her own against Nana Patekar in Purush and thriller Savita Damodar Paranjpe.

Reema’s Vaastav co-star Sanjay Dutt reminisces the days he has worked with her in different movies, “I’ve lost a mother again today. We worked together in several movies and everytime I worked with her I learned something new. Her demise has left a void which is difficult to fill,” he says.

The warmth that she exuded on screen also extended off it. Mohnish Bahl, who played Reema’s son in Vaastav and Hum Saath Saath Hain remembers her as a very warm person. “I have done a lot of work with her, and there’s so much to say. As a human being, she was a very welcoming person, and very non-judgemental to all of us. She was so beautiful and gracious. I met her long ago, and we were not friends beyond the profession, but we felt more for her, because of the kind of person she was. It’s a huge loss,” he said.

Actor Rohit Roy has a similar opinion of her to share. “Reemaji played my mother in my first film Jazbaat and my very first shot was with her. It has been almost two decades since then but feels like just yesterday. She was so sweet to me and she was such a lovely co-actor,” Rohit said, adding the words of advice that he received from her during his first film. “She said to me, ‘Your rawness is your strength, don’t try and act like you know it all.’ Reema will continue to live in our hearts.”

From Younger actors like Rohit and Mohnish, to her contemporaries like Anupam Kher and Rakesh Bedi, the news of her demise has saddened anyone who she was associated with. Anupam said, “I’m shooting in Birmingham and woke up to the news of her demise. It’s so horrible. You somehow don’t think some people would ever leave and they do. I still can’t believe it.”

Her Shriman Shrimati co-actor Rakesh added, “I always used to bully her on the sets. I would irritate her with small little things, and I can’t put in words the kind of friendship I shared with her. I thought we would get a chance to work with each other again because of the web series trend. I hoped the series would get remade into a web one and we’d work together again. But this was truly unexpected. I was in a state of shock when I heard the news.”

The late actress is survived by daughter Mrunmayee, who is also a theatre and film actor and theatre director, and estranged husband, Vivek Lagoo. Her funeral took place on Thursday afternoon.  Now that Reema is no more, like Juhi points out, Sooraj Barjatya’s films would be incomplete without Reema. And so would be the industry.

—With inputs from Uma Ramasubramanian