Hailing from a family of Bollywood superstars, Shweta Bachchan has turned author by penning her first novel, Paradise Towers. 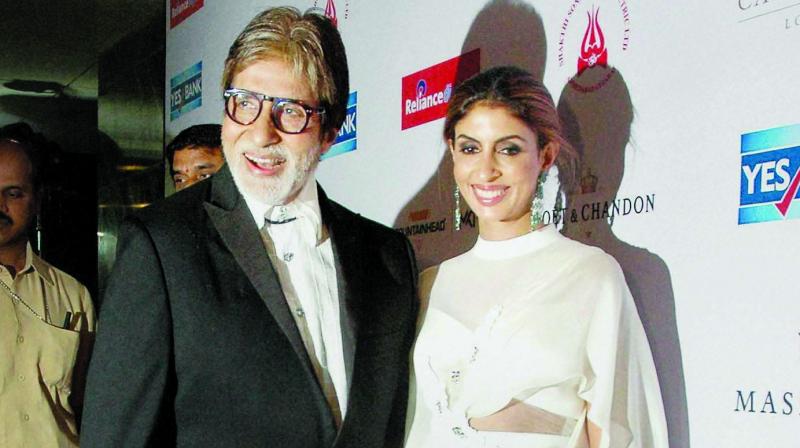 Shweta is the most intelligent and balanced Bachchan. She’s very objective in her assessment of situations. Whenever we reach a dead-end during a family discussion, we call her for advice. We always keep going back to her for her wise opinions.Shweta is also a voracious reader — Amitabh Bachchan

Writing may well be in Shweta Bachchan’s genes given that both her maternal and paternal grandfathers, Taroon Kumar Bhaduri and Harivansh Rai Bachchan were well-known men of letters.

The elder daughter of Amitabh Bachchan, Shweta confirms that she aspires to carry her grandfathers’ legacy forward. “I have finished writing my first novel called Paradise Towers. Published by HarperCollins India, the book will be out in November,” she shares, while admitting that most of her life decisions have been emotional.

“I’ve always been devoted to family and friends. There has never been a career plan. Nor did I plan the ramp walk or the TV stint as a stepping stone. Everything has happened spontaneously in my life. I’ve never planned anything, and won’t either,” she asserts.

“Shweta is the most intelligent and balanced Bachchan. She’s very objective in her assessment of situations. Whenever we reach a dead-end during a family discussion, we call her for advice. We always keep going back to her for her wise opinions. Shweta is also a voracious reader,” says proud father Amitabh.

So was she never interested in being an actress? “The choice was entirely hers. She was never interested in accompanying me to shoots and film events while Abhishek would always tag along. I think Shweta was a little shy and scared of events,” he says.

Meanwhile, the debutante novelist lists her father’s light-hearted films from the 1970s like Naseeb and Amar Akbar Anthony among her favourites.

As for her mother Jaya Bachchan’s decision to quit her career at its peak, Shweta says, “It isn’t for me to comment on what she did. Everyone makes their own decisions, but I’m sure she was a hundred percent convinced in what she was doing then, as she is in what she’s doing now.”

Lastly, talking affectionately about brother Abhishek, she says, “I was a proud sister even when he was struggling. He had to wait for his career to come together, and it wasn’t easy. He handled himself with dignity.”