The critical acclaim and the positive word of mouth has played a strong role for the increase of footfalls in the theatre. 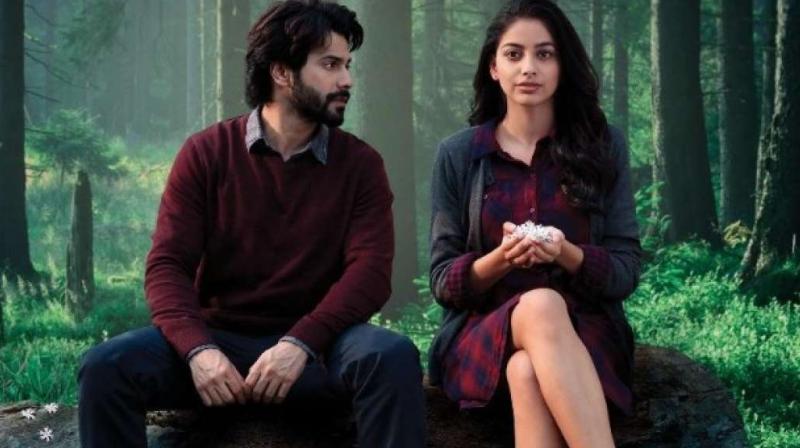 Varun Dhawan and Banita Sandhu in the still from 'October' film.

Mumbai: Varun Dhawan and debutant Banita Sandhu starrer 'October' has become the talk of town with how director Shoojit Sircar has showed a very beautiful story of love.

The film which opened with some of the best reviews and positive word of mouth has resulted into good earning even on weekdays. The film minted Rs 2.43 crore on Wednesday making it a sum total of Rs 27.99 crore.

Deccan Chronicle critic Rohit Bhatnagar gave three stars to Varun Dhawan starrer and wrote in this review: "October surely doesn’t have a solid plot but the journey of two people and their unnamed relationship is tearful. It is certainly not a typical boy-girl love story which has a tragic end but has a decent amount of relatability. Perhaps, it is Sircar’s weakest film which holds no surprise but still manages to leave with a heavy heart. Well, that's his trademark!"

Bankrolled by Rising Sun Films & Kino Works, 'October' is scripted by Sircar's frequent collaborator Juhi Chaturvedi. It has been touted as a unique story about love that goes beyond the regular love stories.