Director Majid Majidi finds much in common between Iranian and Indian cultures. 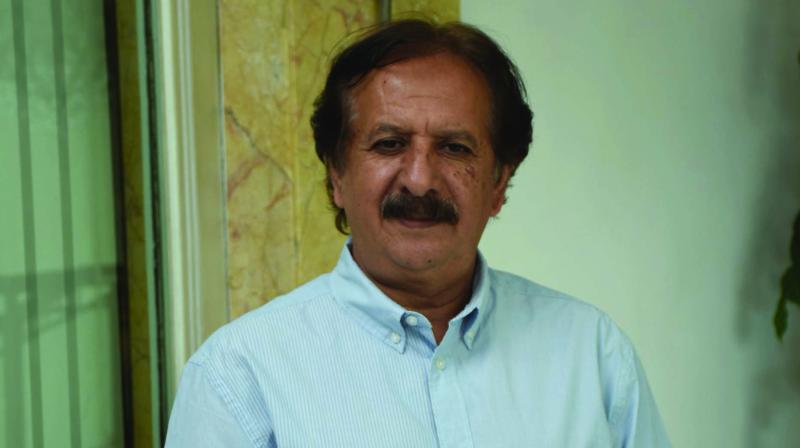 It was Indian culture that drew well known Iranian filmmaker Majid Majidi to the country. “Indian culture and Iranian culture have many things in common. Mumbai is a very dramatic city, so I searched for a story there,” he said, while promoting his film Beyond the Clouds in the capital recently.

His latest film Beyond the Clouds is set to release in India tomorrow, and Majidi is eager to see how get the Indian audience receives it. The film stars Sahid Kapoor’s half-brother, Ishaan Khatter along with Malavika Mohanan, who has worked in Malayalam films.

The director, known for his films like Children of Heaven  and Muhammad: The Messenger of God, said, “I had a great time working with the Indian actors and I am sure that both will not only shine in Indian cinema but also in global cinema.”

Asked about their experience of working with Majidi, both Ishan and Malavika said that they had never in their wildest dreams thought they would get such a chance. “I told my mother two years back that I wanted to work with Majidi,” said Ishan, adding, “I had a wonderful experience working with such a great team.”

Majidi’s scripts usually explore the lives of common people, and his movies are usually related to children because he feels that as one grows up, innocence is lost. “I make such movies as a message to adults that they should not forget their innocence or else events like Syria would occur more frequently,” he said.

The film also stars the famous Bengali filmmaker Goutam Ghose. Said Majidi, “When I saw his (Goutam Ghose) movies, I thought he was the perfect face for my character in the film.”

Tags: majid majidi, beyond the clouds