Entertainment   Bollywood  19 Apr 2018  Kartik to be honoured with 'Best Entertainer of The Year' at Dadasaheb Phalke awards
Entertainment, Bollywood

Kartik Aaryan who is known as the 'king of monologues' for his famous monologues in PKP series got his due this year with SKTKS. 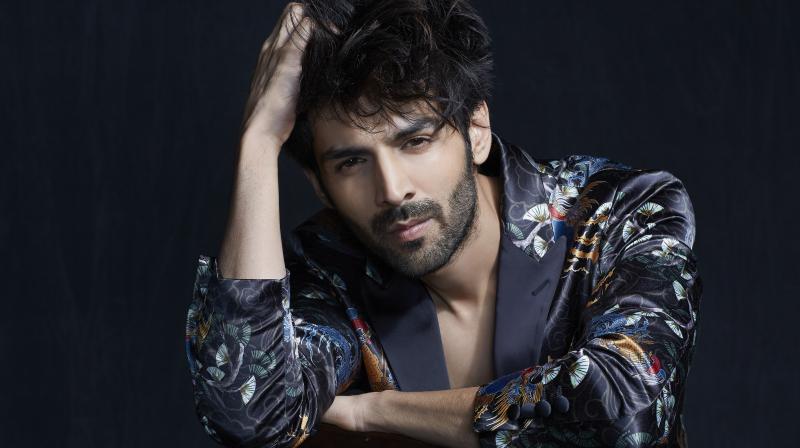 Mumbai: Blockbuster Sonu Ke Titu Ki Sweety adds another feather in Kartik Aaryan’s cap. The talented actor will now be conferred with Dadasaheb Phalke Excellence Award for his outstanding performance in the film. Kartik will bag the honour of 'Best Entertainer of The Year'. This is surely a huge honour for the young star and indeed much deserving.

Kartik Aaryan who is also known as the 'king of monologues' for his famous monologues in 'Pyaar Ka Punchnama' series got his due this year with 'Sonu Ke Titu Ki Sweety'. He showed everyone his true potential as an actor and the film hit the bull’s eye at the box-office by making it to the 100 crore club. Kartik’s performance made everyone laugh and also shed tears by the end of the film and no wonder this top honour is being conferred upon him this year. We say that this is just the beginning for the new Prince of the box-office.

Ranveer Singh and Shahid Kapoor (Padmaavat) are also being honoured this year with the Dadasaheb Phalke Excellence Award. This honour brings huge credibility to an actor in the industry. For heartthrob Kartik Aaryan who is the new 100 crore Star in Bollywood, this is yet another achievement for him.