The teaser will reportedly also be attached with ‘Avengers: Infiniti War’ after its digital release on 24th April. 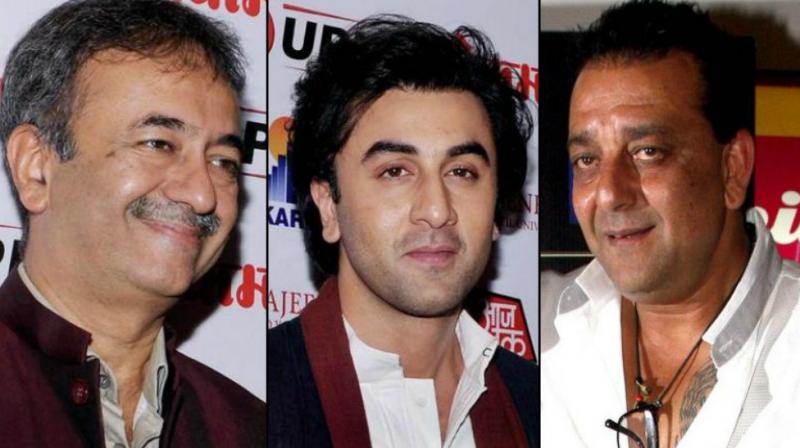 Mumbai: While films try to avoid the IPL season because cricket fans would rather watch their favourite matches on home than go in the theatre for any film, Rajkumar Hirani seems to have grabbed the opportunity with both hands.

The director is reportedly planning to unveil the teaser of his upcoming Sanjay Dutt biopic in a unique strategy on April 24th, when Mumbai Indians will be competing with Hyderabad Sunrisers.

The producers Fox Star Studios have supposedly almost sealed the deal, where Rajkumar, actor Ranbir Kapoor and Sanjay Dutt himself will speak about their experience on the movie for half an hour.

A source told Mid-Day, "The 30-minute chat will be moderated by Hirani. While Ranbir will talk about slipping into the character and the challenges they faced while shooting, Sanjay will speak about how he was surprised to see Ranbir's transformation."

"Hirani will also shed light on how difficult it was to pen an engrossing script, especially since Sanjay's life has been widely covered by the press. The officials at Fox Star have already started a dialogue with the channel for this. The idea is to ensure that the teaser reaches as many people across the country as possible, which explains the launch on the cricket pitch as well," says the source.

The teaser will reportedly also be attached with ‘Avengers: Infiniti War’ after its digital release on 24th April.