'Smiling with joy, wincing with pain': Rajamouli on Baahubali completion

The filmmaker had mixed feelings after finally completing work on his ambitious film 'Baahubali.' 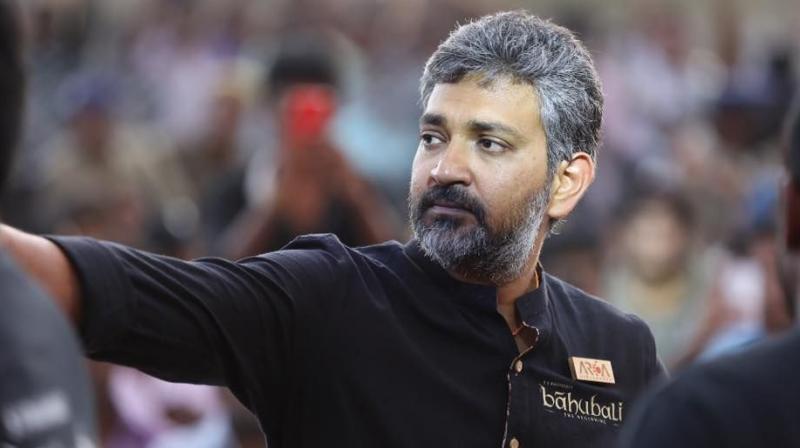 S S Rajamouli has not done any other film between the two 'Baahubali' films.

The buzz surrounding ‘Baahubali: The Conclusion’ has been massive and now there are less than 10 days for the release.

The film has been in the making for the past two years and with VFX and computer graphics playing a crucial part, there is no doubt that team would still be applying the final touches on the film.

However, Rajamouli took to Twitter on Tuesday and announced that the film has finally been completed, hoping that the last working day was indeed the last day and getting emotional about the journey and the experience.

He also said that he had mixed feelings about the completion of the journey, that he was 'smiling with joy' and 'wincing in pain' at the same time.