Sharmila Tagore on Sara, Taimur and her biopic

The Veteran actress finds Sara humble and polite and believes that too much exposure isn’t good for grandson Taimur. 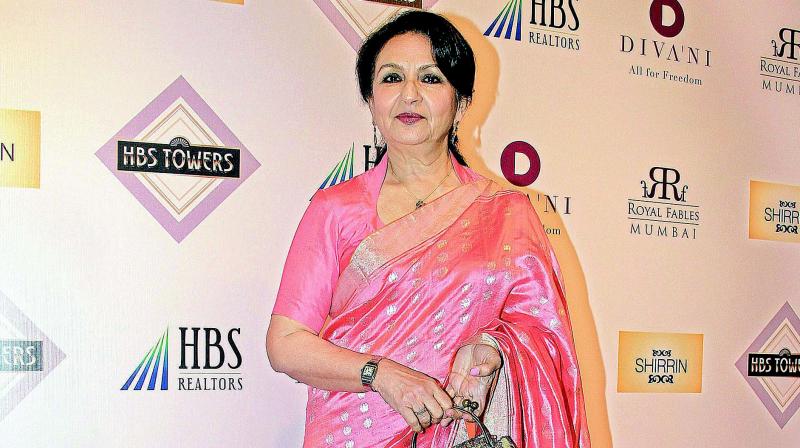 Veteran actress Sharmila Tagore was recently spotted at an event and she seemed rather content with the way her grandchildren are now moving about the hall of fame in Bollywood and social media.

This is the season of biopics and the actress was also asked if there is any biopic in the pipeline or would there be one. With utmost honesty, she says, “Today, the people putting money in films are hardcore business people. They know what sells and what doesn’t. When they think our story is important and the audience would like it, it will be told.”

But, what are some of her favourite stories from her life that she has lived so well? “I would rather leave it for my memoirs. I haven’t begun it. I hope I won’t run out of time. Maybe I will call it ‘The Accidental Actress,” she chuckles.

And, who would she like to play her in the biopic if it ever has to be made? “I have no idea. We have such brilliant actresses. We have such beautiful male and female actresses…” she trails off. When asked what about her granddaughter Sara Ali Khan? She says, “She looks very much like her mother and she is a wonderful actress like her mother. So, why not?”

Interestingly, the very mention of Sara does bring a smile to Sharmila’s already radiant face. When quizzed about it, she says, “I am very happy and thank god for it... She makes me really happy with all her interviews, even more than her films. Of course, she is a wonderful actress but all her interviews show how humble, polite and savvy she is. She is a nice and lovely girl.”

That brings us to the popular social media star - Mr Taimur Ali Khan. “Ha ha… Mr Taimur! I don’t think much about Taimur’s stardom but I am going to quote Sara on this that I suppose we have to live with this. This is the age of social media. I am very old fashioned. I do not think children should be exposed to all this. But, I have learnt from Sara that if you can’t beat them, join them. I think I should be happy about seeing so many Taimur pictures but I do not think it is good for the child,” she signs off.
— Sanskriti Media