Ajay Devgn to play squadron leader Vijay Karnik in his next, Bhuj: The Pride of India

The movie is based on a true incident and is one of India’s most fascinating war-related stories. 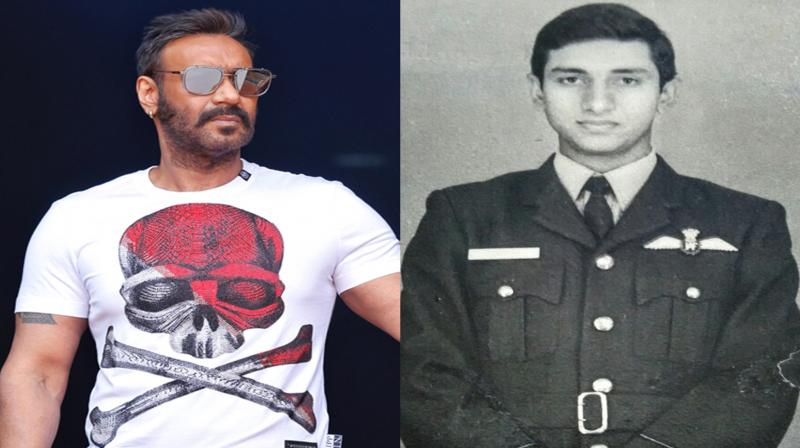 Mumbai: T-Series and Select Media Holdings LLP have joined hands to create a magnum opus, a tale that must be told. And the one who they have got on board is the ever dependable Ajay Devgn.

After drawing roaring applause for his entry in Simmba and giving the audience back-to-back blockbuster films like Golmaal Again, Raid and Total Dhamaal, Ajay Devgn is all set to don another heroic avatar as he announces his next film.

His next project, which is going to leave the audience spellbound, is Bhuj: The Pride of India. The movie is based on a true incident and is one of India’s most fascinating war-related stories. Devgn will be essaying the role of Squadron Leader Vijay Karnik, who was in charge of the Bhuj airport during the 1971 Indo-Pak war. It was Karnik and his team, with the help of the local women, who reconstructed the destroyed Indian Air Force airstrip at Bhuj in Gujarat, in what could be termed as India’s ‘Pearl Harbour’ moment.

The airstrip had been wrecked in air strikes that saw Pakistan drop napalm bombs on it. Karnik took a bold step to convince 300 fearless women from a nearby village to rebuild the airstrip so that a flight carrying Indian Army officers could land safely. Karnik, along with two other officers, 50 Air Force soldiers and 60 Defence Security Corps personnel, did a great job of keeping the airbase operational despite heavy Pakistani bombing.

Says an ecstatic Bhushan Kumar of T-Series, who is co-producing the movie along with Select Media Holdings LLP, “This courageous tale needs to be told because we want this and the coming generation to know about this brave soldier, Squadron Leader Vijay Karnik, who played a significant role in India’s victory in the 1971 war. No one but him was heroic enough to take this bold step to involve civilians in a war.”

Producer Ginny Khanuja of Select Media Holdings LLP, also feels that the story was waiting to be told and adds, “This has never had happened before, and by doing this, Mr Karnik has made history to be remembered forever. I feel blessed today to announce that we are going to bring this tale of this real hero to celluloid.”

Remembering the incident, Squadron Leader Vijay Karnik says, “We were fighting a war and if there had been any casualties of any of these women, it would have been a great loss to the war effort. But I took the decision and it worked out. I had briefed them where they could take shelter if attacked and they followed it bravely. Also, I could only and only see Ajay Devgn essaying my character and I’m glad he’s on board.”

Bhuj: The Pride of India, a Gulshan Kumar presentation along with T-Series and Select Media Holdings LLP, jointly celebrate the courage of Karnik and his team. Written-directed by Abhishek Dudhaiya, the film will be produced by Ginny Khanuja, Vajir Singh, Bhushan Kumar, Krishan Kumar and Abhishek Dudhaiya.