The actress made several interesting revelations on a TV show which she featured in alongside Rajkummar Rao. 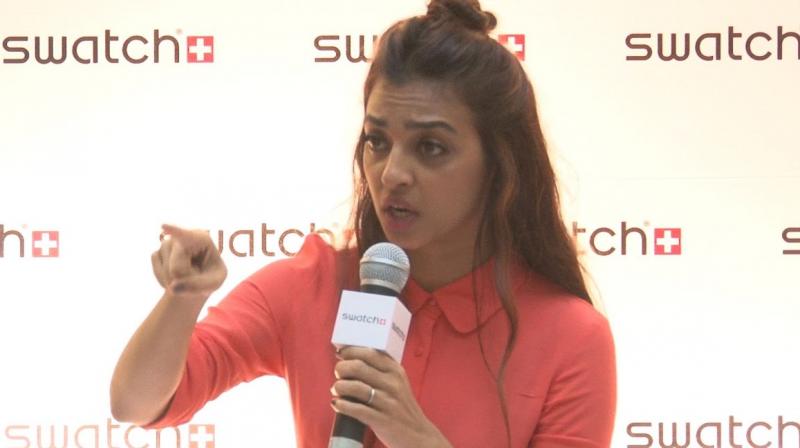 Radhika Apte is currently working on a film with Dev Patel.

Mumbai: Radhika Apte is not the one to shy away from expressing her opinions, even if they are harsh or uncomfortable to some.

Opening up on her first period during the promotions of the film on menstrual hygiene ‘Pad Man’ or slamming a journalist when asked about her nude scenes in ‘Parched’, were just some of the examples.

The actress recently made an appearance on the TV show ‘Vogue Bffs’ with Rajkummar Rao and this side of hers was all guns blazing.

While narrating an incident on the show, Radhika proved that she can take matters into her own hands, literally, and not just through words.

She revealed she once slapped a superstar on the sets of her Tamil film, “It was my first day at shoot. A famous actor down south came on the set and started to tickle my feet… We had never met before and my instinct reaction was to slap him."

The actress also didn’t mince words when the host Neha Dhupia asked her which director she feels should retire and took Ram Gopal Varma’s name.

Radhika also reacted to Ekta Kapoor’s famous sarcastic question “Who is Radhika Apte?” on ‘Koffee with Karan’ years back.

“When that happened, I was in London studying dance. I still really don’t know why this was said because I met her after that, and she was lovely to me. There were rumors of me dating Tusshar, well, I didn’t even have Tusshar’s phone number. I used to find all this so funny because I wasn’t used to it,” she said.

It'd be interesting to know what Ekta, RGV and the South superstar have to say about these revelations.