Important to understand the reason behind the unrest, says Arjun Rampal

Arjun Rampal on the recent terror attack in Pulwama, his digital debut, producing films and supporting his children. 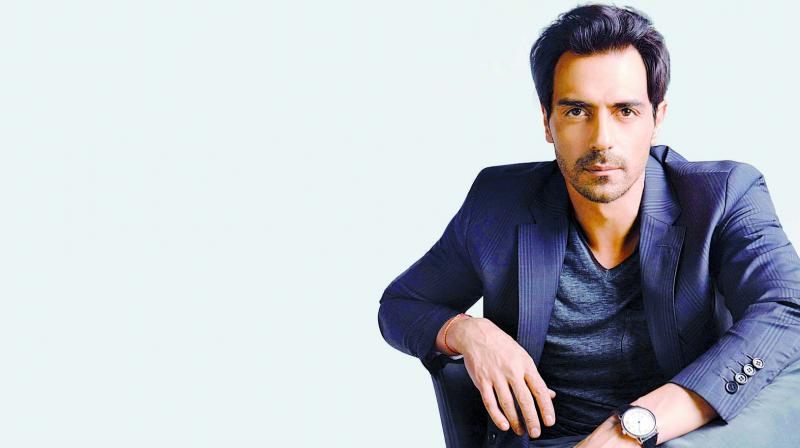 Days after the deadly terror attack in Pulwama in which at least 40 CRPF jawans were killed, actor Arjun Rampal asks people to shower their blessings and unconditional love on army personnel.

“This terror attack is a really horrible attack that we have witnessed. Yes, my blood boils. You feel very angry. I was feeling hurt. On Valentine’s day, when you are spreading love, a suicidal bomber comes and knocks off so many CRPF jawans. It's not a nice feeling. We definitely need to strengthen our borders and make sure this kind of infiltration does not happen. The government needs to step up and take responsibility. Our intelligence needs to step up. There are people who live in a parallel universe with us who have their own beliefs, who believe that this is the only way they can be heard and do whatever they wish to do. Nobody has been able to figure out their goal but it is disheartening. Violence is not the answer to anything. Hopefully, better sense will prevail that side,” says Arjun.

When asked what changes he would like to bring if given a chance, the 46-year-old actor says, “I would really strengthen the borders and take the intelligence information that we are getting to another level because we have that kind of technology and it should be used. Also, it’s important to understand why the unrest really is? where it started from and where it’s gone? It’s a democratic country... what happens is that when you suppress them too much then you get this kind of results. Find out what really the problem is? And, make sure to solve those problems. Let’s not make false promises.”

Arjun is all set to make his digital debut with web-series titled ‘The Final Call’ which is based on author Priya Kumar’s book ‘I Will Go With You: The Flight of a Lifetime’.

“I have read the book. The screenplay is fictional. Vijay has made it entertaining and has also gone into the background of the story. He has adapted this thriller in a way that will create enthusiasm amongst the audience and they will remain glued to it. I play the pivotal character of the pilot - Capt Karan Sachdeva. The story reveals what’s going on the mind of the pilot as well as the passengers and also explored why the pilot is depressed? It’s everybody’s final call,” says Arjun while adding that the story of the passengers has been depicted wonderfully.

Talking about digital platforms, Arjun says that the idea is to watch great content. “I think today such platforms are seeing a fast-rising graph. All this has happened in a span of six years. However, they are now getting acknowledgement and recognition from India. Also, the actors are coming there and working on these platforms. Above all, making is actually not expensive. Undeniably the great content you are getting feels nice. Also, you get to choose. Besides, you have your films coming there as well. As a producer and actor, it's good. People working on these platforms are able to do a lot of things without much restrictions- like censor board or you do not have to take any stress about the box office. All those kinds of things come in the way and literally cause creative hindrances.”

After producing the biopic Daddy in 2017, Arjun plans three films in a row. “After having produced film Daddy from my home production, I have not done much. But, now I am planning three different films. The first that I will like to venture with will be a thriller and thereafter I am also trying to do a horror film. We have not yet been successful in making a good horror film. They are just not scary but funny! (laughs) I am trying to get the script written in a scary manner so that our wish of making a successful horror film is achieved. We will begin with a horror film soon. Apart from this, we are doing a lot of stuff under our production company.”

Will Arjun go behind the camera someday and take up direction? “Oh! going behind the camera for me? I will do it only when the audiences get sick of watching me in front of the cameras! (laughs aloud) On a serious note, yes! I will direct a film but only if I get a good script. I haven’t really come across a story that I would want to direct. But it may happen sooner or later... it’s important for me to explore that part of the Industry as well.”

Coming to his children, the actor says, “My daughter has yet not grown taller than me. She wishes to pursue acting and fine arts. I don’t know whether I will launch her but as a father, all that I can do is send her to the right institution where she can develop needed skills. I will support her when she decides to do something because she is very focused, devoted and hardworking. My son is younger but as a father, I am there to support whatever they chose to do.”

Furthermore, like most actors, Arjun too wants to have a side business to be more secure in life. “I had a night club in Delhi, we shut it down five-six years ago. We ran out of contact, it was on the lease. After that I did not want to open a night club anymore, it’s too much of a headache. I am planning to open two restaurants and have just confirmed a property in Delhi where I will open a restaurant. It’s just about food and it will have specific cuisine,” he concludes.