The Commuter movie review: A flashy piece of dumb entertainment

Leeson's latest actioner thrills less and makes you laugh more because of its sheer absurdity. 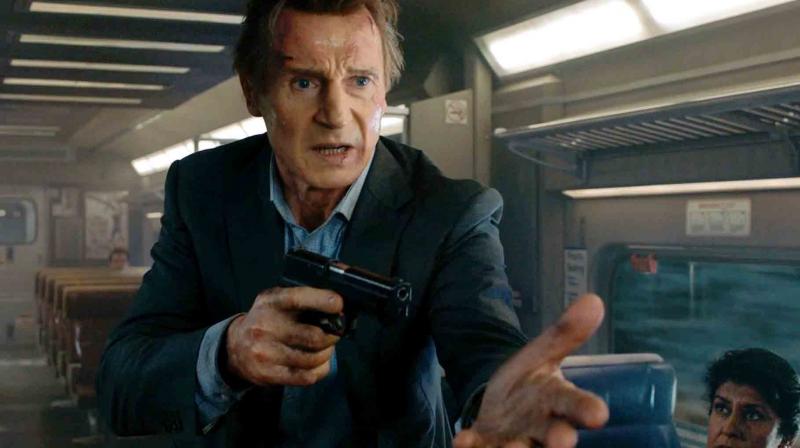 'The Commuter' is Liam Neeson and director Jaume Collet-Serra's fourth film together.
Rating:

Liam Neeson is back with yet another action thriller which reunites him up with director Jaume Collet-Serra for their fourth film together. 'The Commuter' is duo's latest in the pantheon of action thrillers and something of a spiritual successor to their previous movie 'Non-Stop'.

Liam Neeson is Michael, a family man who loses his job at an insurance company, and while en route back home on the train he takes on a daily basis, a mysterious, "friendly" woman (Vera Farmiga) blackmails him into finding the identity of a passenger on his train before the last stop. Michael gets unwittingly caught up in a criminal conspiracy that carries life and death stakes for himself, his family, and the fellow passengers. 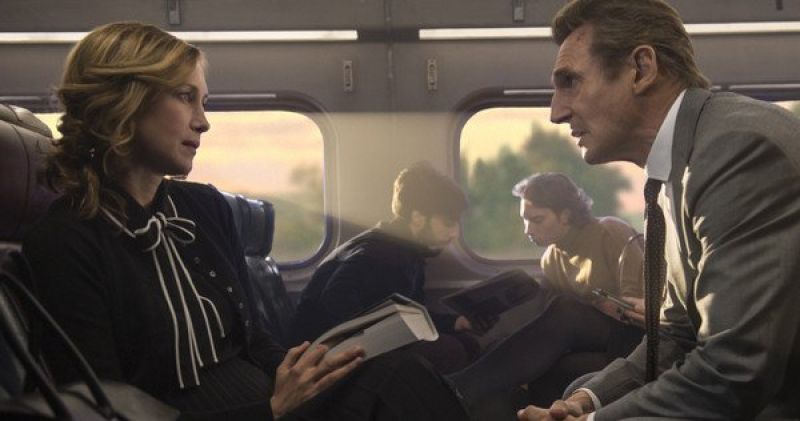 Liam Neeson and Vera Farmiga in the still from 'The Commuter'.

'The Commuter' does start off as a smart thriller with an impressive opening sequence but unfortunately, it soon starts getting off the rails. It is very much much like Neeson's previous films 'Taken' series, 'Non-Stop', 'Run All Night'. The big problem with 'The Commuter' is that it thrills less and makes you laugh more because of its absurdity. And this is really sad, as it could have been a good action thriller, as the ideas were pretty good.

The film is shot well enough though; One particular hand-to-hand-combat action sequence reminds you of that iconic church massacre scene from 'Kingsman: The Secret Service'. The ensemble cast is great too, but no one besides Liam Neeson really has too much to do. Vera Farmiga, Patrick Wilson and Jonathan Banks are all talented actors but they are underutilised. Honestly, the only original bone in this movie is the end credits design, which resembles a map of train routes.

The plot is, for the most part, feels like a rip off of better movies, but it's all over the place. Half-baked attempts at social commentary are scattered around the plot, and the tone alternates between dead serious and parody. Most of it is too absurd to be taken seriously. Regardless of how nonsensical a thriller comes across, as long as it delivers the suspenseful genre goods, much can be forgiven. This is another area where 'The Commuter' doesn't perform well.

It is a high time Liam Neeson should stop wasting his talent on such mindless actioners.