The art of selfie recrimination

Veteran actor Rishi Kapoor was recently in the news for refusing to click a selfie with a fan. 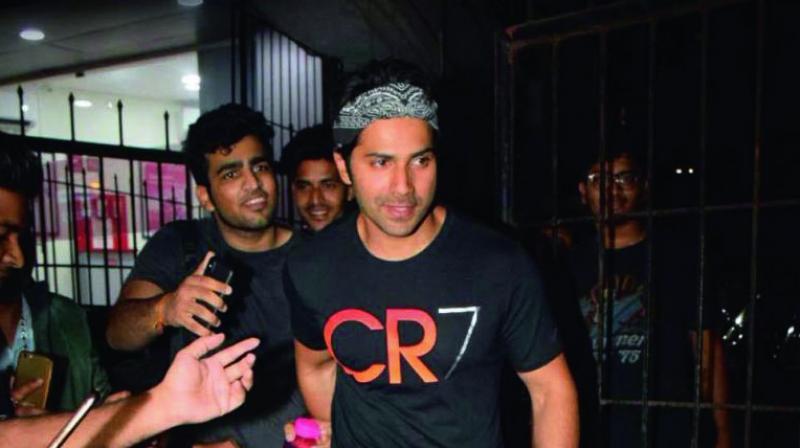 Veteran actor Rishi Kapoor was recently in the news for refusing to click a selfie with a fan. The actor was enjoy dinner with family when the fan approached him and requested for a selfie. But when the senior Kapoor refused point blank, the livid fan called the actor “rude”. In another incident actor Varun Dhawan too got upset when an overzealous fan tried to jump into a picture, photo bombing him. Even celebrities from Hollywood have had fans going overboard with their demands. From the infamous Hollywood mogul Harvey Weinstein who was reportedly slapped twice by a fan, who swore at him saying ‘you f***ing piece of shit’ when the latter refused to click a selfie, there are many such instances of fans not knowing the thin line between fame and infamy. Celebrities are constantly in the limelight. Every aspect of their lives are monitored, open to public reaction. Yet, sometimes fans forget that these celebrities are human and that they are also entitled to privacy.

Sandalwood actress Sangeetha Bhatt says, “I have come across quite a few situations when fans have gone overboard. Many people assume to have ownership over celebrity lives. We are, in a way, taken for granted. I have had situations where people have sent obnoxious messages. And when I don’t respond, it gets even worse, false news about me being arrogant towards fans starts circulating. There has to be a thin line maintained. After all, we are also human beings.”

Psychologist Sherin P Antony explains, “There might be celebrities who are ok with posing and clicking pictures with fans. But there also certain celebrities who don’t belong to that category who want to make all their fans equally happy. They might have their own freedom and privacy issues. I have seen many celebrities who don’t encourage fan obsession. I feel that these celebrities do not want to promote the dependence that some fans have on them. It is also a risk for the celeb as he/she is not aware how the fans might use the picture or selfie. It also becomes an inconvenience to the celebrity who is just looking to spend some quiet time alone.”