Sonam Kapoor recently posted a video of Dulquer Salmaan using a mobile phone while driving, and it seems like Mumbai Police did not take it lightly. 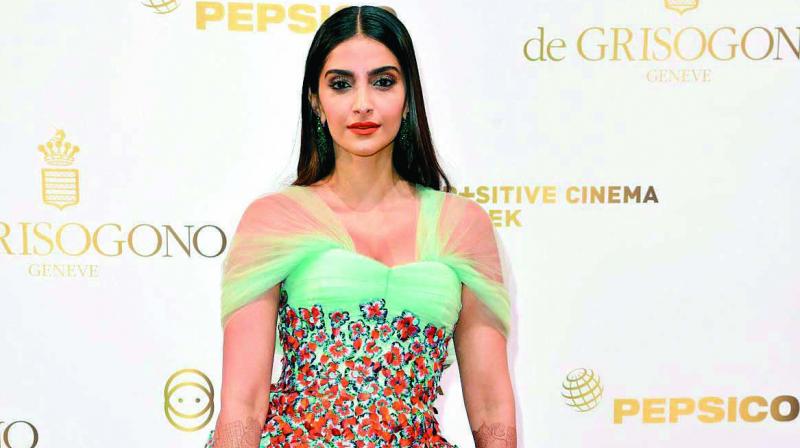 Sonam Kapoor recently posted a video of Dulquer Salmaan using a mobile phone while driving, and it seems like Mumbai Police did not take it lightly.

Dulquer Salmaan, an established actor of the Malayalam Cinema, will be next seen opposite Sonam in the film ‘Zoya Factor’. Taking to her Instagram stories, Sonam Kapoor posted a video in which her co-actor can be seen driving a car with both his hands busy on his phone, instead of the steering wheel.

Sitting next to him, Sonam can be heard saying “Weirdo.” Shortly after the clip was posted, Mumbai Police took to their twitter handle to give a piece of advice to the two.

“We agree with you @sonamakapoor! Quite a ‘weirdo’ to try such stunts while driving and putting the lives of fellow drivers at risk too! We don’t quite approve of these even in ‘reel’ life. #NotDone,”the tweet read.

However, Sonam quickly came to Dulquer's rescue and clarified that contrary to what the Mumbai police interpreted, that the actor was not driving the car, in fact, they were "rigged on a truck”.

“We weren’t driving we were rigged on a truck.. but I’m glad you guys are concerned.. I hope and I know you show the same interest in regular folk as well! Thanks for taking care!” she tweeted.

Later, Dulquer tweeted to Mumbai Police’s handle saying that they should check some facts before tweeting things.

To this, the Mumbai Police’s Twitter page wrote back, “We appreciate that you weren’t indulging in any irresponsible violation. A good example for all your fans @dulQuer.”

They even replied back to Sonam by posting, “For us, No Mumbaikar is ‘regular’ they are all ‘specia’! And we are equally concerned about them all. Glad to know your safety wasn’t ‘rigged’.” @sonamakapoor.”

To this, the ‘Neerja’ actress wrote, ‘I’m so glad! All of us are so grateful for your concern and protection.”

Dulquer made his Bollywood debut in 2018 with Irrfan Khan starrer ‘Karwaan’. His acting in the film was well received by the critics and so were his good looks by the ladies!