Interestingly, even before her last film De de Pyaar De had released, Rakul had started working on Marjaavaan. 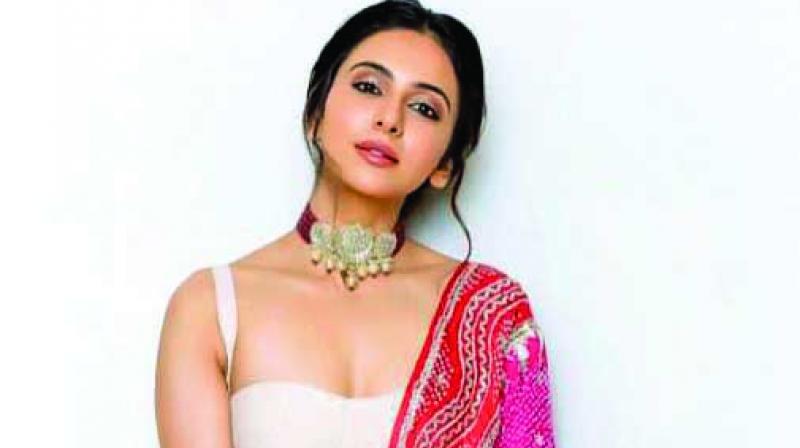 Despite hailing from Delhi, Rakul Preet Singh has been a common face in Telugu and Tamil films, giving successful hits like Venkatadri Express, Spyder and Theeran Adhigaaram Ondru to name a few. But after making a debut in Bollywood in 2014 with Yaariyaan, there has been no looking back for the actress. Post the successful release of De De Pyaar De, Rakul is excited about her latest release Marjaavaan, opposite Siddharth Malhotra.

Talking about the movie, where she’s playing a tawaif (courtesan), Rakul says, “My character’s name on-screen is Arzoo. Everyone is in love with Arzoo but she is crazy about Raghu (Siddharth).”

The actress reveals that while narrating the story, the director Milap Zaveri, compared her part to some of the greatest characters, which was enough for her to agree. “When Milap had narrated the story to me, he said this is a powerful and special role and can be compared to Rekhaji from Muqaddar Ka Sikandar and Tabu from Jeet and Chandramkukhi from Devdas,” she says. Further, the actress talks about her character: “The exciting factor is that she narrates shayari, and has a typical adaa. I have not seen such a role after the ’90s, it was contradicting to De De.. and is not conventional.”

Interestingly, even before her last film De de Pyaar De had released, Rakul had started working on Marjaavaan. “I felt that the role was powerful, but many people said wait till De De.. releases. But I feel if you like something in the character and you want to do it, go ahead,” says the Yaariyaan actress.

Further, starring alongside Ajay Devgn and Tabu brought the actor to the limelight and helped her bag some exciting projects. Rakul says, “People liked my character and I got a lot of calls after the film released. People said I was good with Ajay and Tabu, which was my biggest sense of satisfaction. There are three films I have signed and will discuss them soon.”