Looks like Ayushmann Khurrana and brother Aparshakti have been filmy since their childhood days. 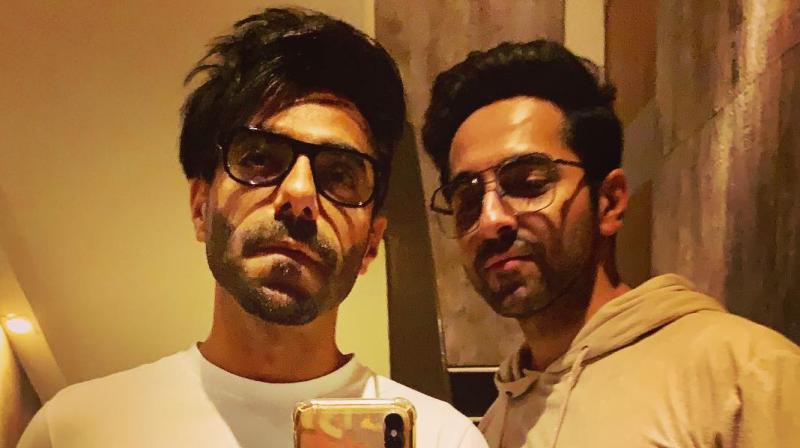 New Delhi: Looks like Ayushmann Khurrana and brother Aparshakti have been filmy since their childhood days and proof is in the former's loving birthday wish for the "world's best brother"!

As Aparshakti turned a year older on Monday, Ayushmann shared a warm wish for his brother with a throwback picture of the former enacting late actor Raj Kapoor in the 'Mera Joota hai Japani' song from 'Shri 420'.

Raving about his little brother, the 'Vicky Donor' star wrote, "Happy bday Aparshakti Khurana. You're the world's best brother. And I wanted to show this picture of yours to the world, where you are trying to mimic Raj Kapoor saab of Shri 420. (Mera joota hai jaapaani)."

Happy bday @aparshakti_khurana. 🤗💛👏You’re the world’s best brother. And I wanted to show this picture of yours to the world, where you are trying to mimic Raj Kapoor saab of Shri 420. (Mera joota hai jaapaani) 🤓

In no time, Aparshakti too came up with a reply saying that he was "just trying to follow the footsteps" of his "Ayush bhaiyaaaaa". "Thank you so much Ayush bhaiyaaaaa. I must tell everyone that I was just trying to follow your footsteps. I saw Raj Kapoor Saab through your eyes," he wrote. "I was a little kid when I first saw you mimicking Raj Kapoor Saab, later I saw his films. Thanks for always unconditionally blessing me," the actor added.

Meanwhile, the 'Article 15' actor's wife Tahira too wished her brother-in-law by posting a string of pictures and referring him as the "best". In the first image, she is seen posing with the 'Stree' actor and wished him writing, "You are a whole lot of best things! Happy bday to the best bro-in-law."

In the next two images, Aparshakti is seen with his two nieces wherein Tahira wrote, "best chachu!"

While Ayuhsmann has been in the industry for quite a while now, Aparshakti made his entry in 2016. His work credits include films like 'Dangal', 'Stree', 'Badrinath ki Dulhania', 'Luka Chuppi', 'Jabariya Jodi', 'Bala' amongst others.