Amol Palekar to do cinema after 25 years with 'Kusur'; read 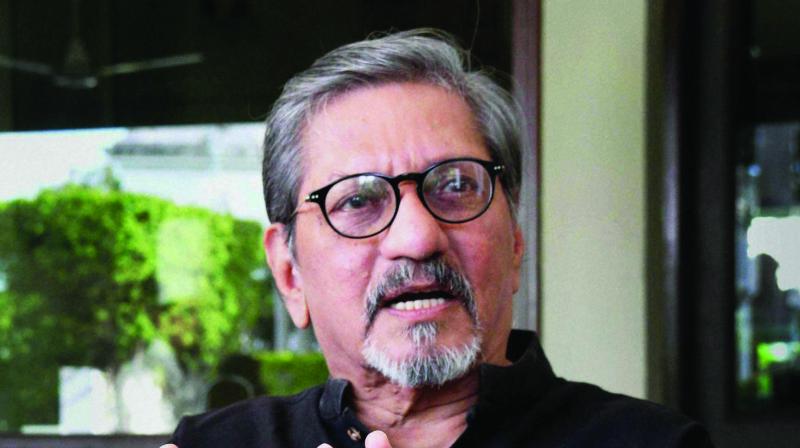 Mumbai: Whether it was a lack of 'challenging roles' or preoccupation with making films, something or the other kept veteran actor and director Amol Palekar away from theatre for a long period of over 25 years.

Compelled by a challenging role as well as an engaging story 'Kusur (The Mistake)', the actor is ready to make a comeback. For one last time.

Talking to PTI, Palekar said that given to the physical demands of theatre and uncertainty about the audience's expectations he will perform only 25 shows before calling it quits.

"I have no intention to keep on doing theatre. 'Kusur' is my showstopper. At my age, it is physically very demanding. Besides, I don't know if I will be able to fulfill the audience's expectations. This role is very challenging and I hope they enjoy the play as much as I am enjoying performing it," the 74-year-old thespian said.

"During the Ganesh festival, when there is high security demand from the police force, he chooses to help the emergency service. He receives one distressed phone call that triggers the pace of this thriller. It is not a regular crime drama, engaging the audience to resolve the mystery every moment," Palekar, who has also directed the play, said.

Talking about his absence from theatre in 1991 and eventually from films with "Samaantar" in 2009, Palekar said that while he had "an urge to do theatre", the roles offered to him "did not challenge the actor in him".

"Also the themes/content has to be meaningful beyond some frivolous entertainment. I'm not interested in doing something which is time tested and successfully established. I love to challenge myself if I fail, so be it but I have to try something new. 'Kusur' offered me that opportunity, the "Gol Maal" actor said.

While the famed performer rued the lack of challenging roles, the current generation of filmmakers, he said, exude promise for "experimenting with themes".

"The OTT platform has given so much freedom and space for young filmmakers to experiment with form as well as content. The audience is also exposed to international content which compels our filmmakers to excel in their explorations.

"All this has created a nourishing environment for Hindi as well as regional cinema. People are not shying away from experimenting with themes," he said.

Produced by BookMyShow, the play also holds a special place in Palekar's heart for its opening location.

After making his directorial debut in theatre from the National Centre for the Performing Arts (NCPA) in 1969 and delivering his last stage performance at NCPA in 1991, "Kusur" will also open at the cultural centre on November 24, which also happens to be the actor's 75th birthday."This is a coincidence indeed"! he said.