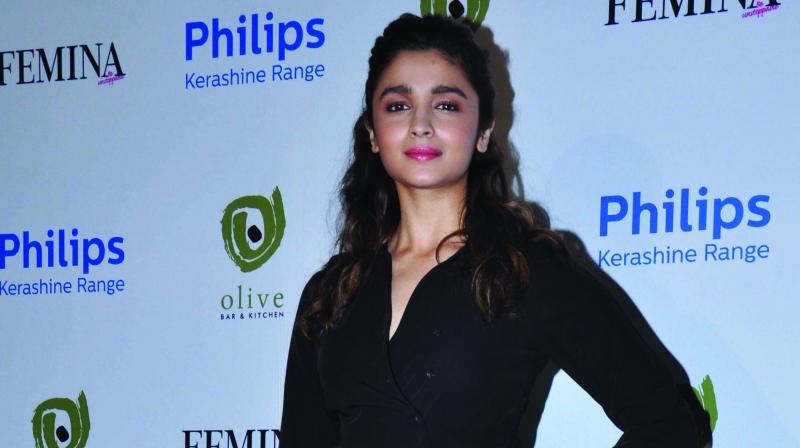 Although Alia Bhatt is not allowed to talk about her role in Sanjay Leela Bhansali’s Gangubai yet, she has already begun intense preparations for the part.

Bhansali will be directing the film, based on the life and crimes of female gangster Gangubai Kothewali, the dreaded female crimelord who is known as ‘The Madame Of Kamathipura’. The film is based on a chapter from S. Hussain Zaidi’s bestseller about female gangsters titled Mafia Queens Of Mumbai.

Sources close to the film reveal Alia has been rigorously rehearsing and preparing for the part. “This is the first time she would be playing a character so earthy, exuberant and boisterous. Alia plays a woman who lives her life to the fullest. Who kehte hain na, nimboo ki tarah nichod ke zindagi jeeti hai (she squeezes every bit of juice out of life like a lemon),” says the source.

So far, most of Alia’s roles have been very quiet withdrawn souls, like the Indian bride-spy in Raazi, the labourer from Bihar in Udta Punjab, and the unhappy wife in Kalank. Gangubai will be by far the most outgoing character Alia has played. “Bhansali has grown up in a family of gregarious boisterous women. He will guide Alia though her journey to becoming this earthy unabashed woman of the world,” a source reveals.

Apparently, Alia is not only mastering the colloquial language, she will also be visiting the places where women similar to her character live and work.

Interestingly, director Vishal Bharadwaj too was all set to direct a film based on a chapter from S Hussain Zaidi’s book on women gangsters. It was a film entitled Sapna Didi, based on Zaidi’s account of Ashraf Khan alias Sapna, the gangster whose only mission in life is to eliminate her husband’s killer Dawood.