They have been getting along very well off-screen, and have incredible on-screen chemistry in Housefull 4 too. 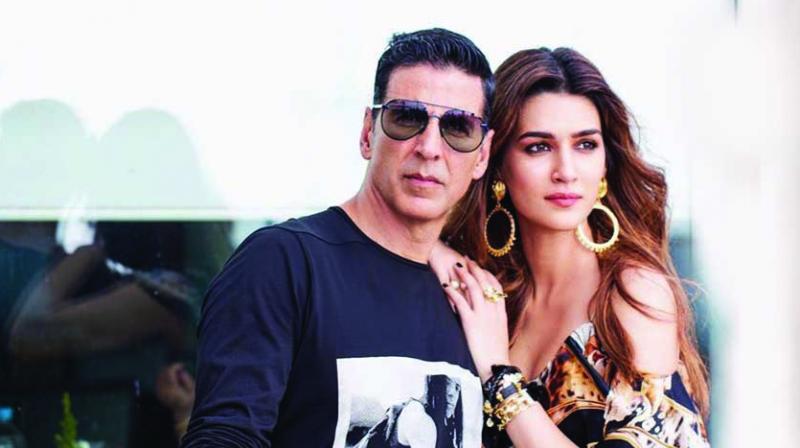 Akshay Kumar has hit it off with his Housefull 4 co-star Kriti Sanon. To nobody’s surprise, the actress is supposedly back with Akshay in his next project, a rustic comedy entitled Bachchan Pandey.

Interestingly, Sajid Nadiadwala is the producer of both Housefull 4 and Bachchan Pandey. When Kriti’s name came up for consideration a second time (for Bachchan Pandey), everyone was most happy to have her back.

Akshay seems to have taken a liking to the Bareilly Ki Barfi actress, and not just Kriti, he has even lent his presence to Kriti’s sister Nupur’s music video which was shot recently. “Akshay and Kriti make a great pair in Housefull 4. Everyone in the film’s team is raving about what fantastic chemistry they share on-screen and how much they get along during shooting. So when the name of the female lead for Sajid bhai’s next production with Akshay came up, Kriti was highly recommended,” says a source close to the development.

Incidentally, Sajid launched Kriti opposite Tiger Shroff in Heropanti. Bachchan Pandey will be her third film with Nadiadwala’s banner after Housefull 4.