The actress accepted the Prime Minister's invite and promised to do her best for the noble initiative. 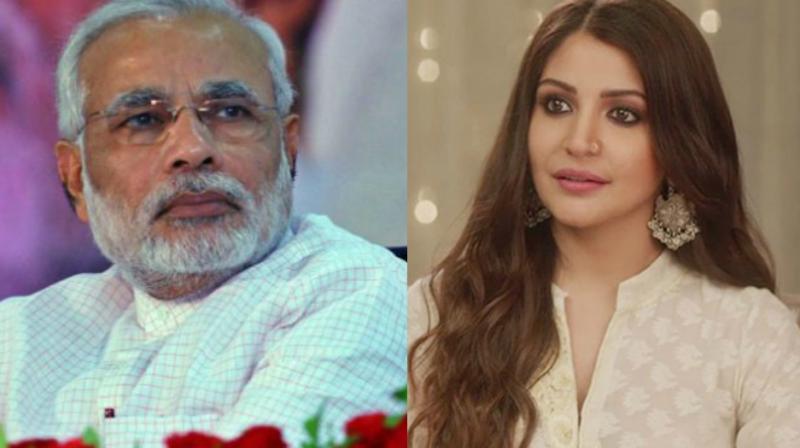 Mumbai: Prime Minister Narendra Modi turned a year older on Sunday and along with people all over the world, even out Bollywood stars took to Twitter to convey their regards.

One of them was Anushka Sharma, who wrote on Twitter: "Happy Birthday to our PM Narendra Modi-ji. Thank you sir for the invitation to join the Swachhata Hi Seva movement."

Happy Birthday to our honourable PM @narendramodi ji.Thank you Sir for the invitation to join the #SwachhataHiSeva movement (1/2)

PM Narendra Modi has invited Ms Sharma for 'Swachhta Hi Seva' initiative, which he believes, will inspire others to join the movement. Anushka, who is also one of the faces of Government’s cleanliness campaign 'Swachh Bharat Abhiyan,' is elated on receiving this invitation.

Anushka also shared a letter from the Prime Minister with her followers that read: "In the coming days, we will commemorate Gandhi Jayanti. An inspiration to billions across generations and borders, Mahatma Gandhi recognised that our attitude towards cleanliness also reflects our attitude towards society. Bapu believed in achieving cleanliness through community participation. “

"Bapu also strongly believed that 'swachhata' is for each one of us to practise. Inspired by the noble thoughts and a faith in the spirit of 125 crore Indians, let us pledge towards cleanliness. Let us ensure that the coming days are about the mantra of 'Swachhata Hi Seva'...”

"A clean India is the most noble service we can do for the poor, downtrodden and the marginalised...."

The letter further read that cinema is one of the most "effective" mediums to bring about a change on a large scale.

She also tweeted: "I am honoured to be part of Swachh Bharat campaign and will do my best for the noble initiative of Swachhata Hi Seva."

I am honoured to be a part of #SwachhBharat campaign and will do my best for the noble initiative of #SwachhataHiSeva (2/2) pic.twitter.com/SrSt2GKBWF