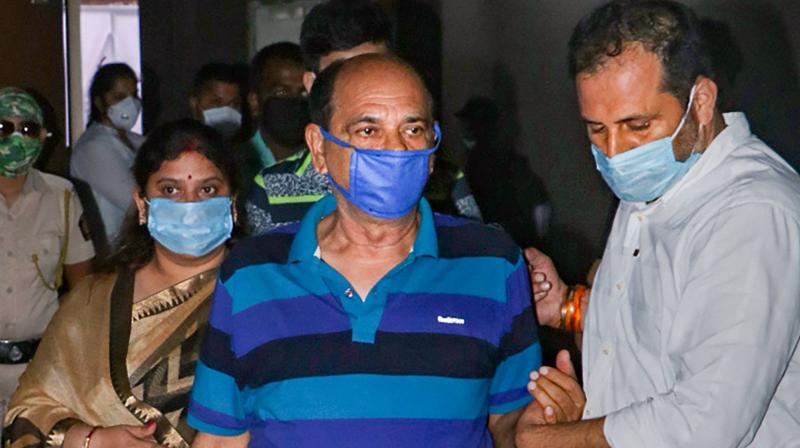 They said K K Singh (74), was questioned and his statement was recorded by the central probe agency on Monday.

Singh, a resident of Patna, had last month filed a criminal FIR with the Bihar Police against Rajput's friend and actor Rhea Chakraborty, her family and few others alleging they abetted his son's suicide.

Officials said Singh was asked about the information he has about Rajput's income, investments, professional assignments and relationship with Rhea Chakraborty and others.

Last week, the agency had also questioned Rajput's elder sister Meetu at its office in Mumbai.

The ED has also quizzed Rhea Chakraborty, her brother Showik, father Indrajit Chakraborty, Rajput's business managers, chartered accountants, house helps, his friend and flat mate Siddharth Pithani in the case till now and their statements have been recorded under the Prevention of Money Laundering Act (PMLA).

Some of Rajput's friends who were also his business partners have also been summoned by the agency for questioning next week, they said.

Rhea Chakraborty has been accused by Rajput's father of abetting his son's suicide. Her lawyer had said she is a law-abiding citizen and will cooperate with the ED probe.

On July 25, Singh had filed a complaint with police in Patna against Rhea Chakraborty, her parents (including mother Sandhya Chakraborty), Showik, Rajput's manager Samuel Miranda and Shruti Modi and unknown persons accusing them of cheating and abetting his son's suicide.

The CBI had re-registered this FIR as a fresh case and named the same people as accused. Singh also alleged financial irregularities.

In the complaint, Singh alleged that an amount of Rs 15 crore was siphoned off from Rajput's bank account in one year to accounts of persons not known or connected to the late actor.