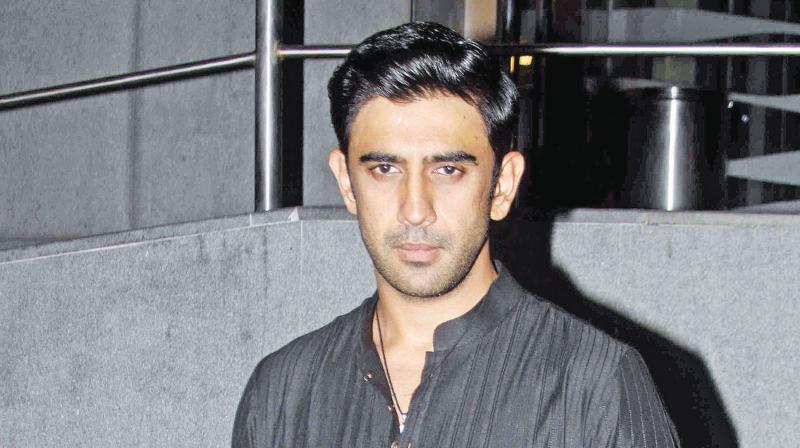 Many would agree that one of the best things about Reema Kagti’s film Gold is Amit Sadh as the arrogant, aristocratic and yet likeable hockey player Raghubir Pratap Singh. The actor now reveals that he modelled his character on his father.

“My father, Ram Chandra Dogra was a national-level hockey player. He was very much an aristocrat by temperament, and generous to a fault. That sequence in Gold where I take off all my clothes and donate them to a destitute person by the roadside – my father did that not once, but many times during his lifetime.”

Sadly, Amit lost his father when he was only 16 years old. “He wanted me to become a hockey player, and that wish of his stayed alive somewhere in my subconscious. When I heard about my role in Gold, I wept openly. It was my father’s character brought to life.”

Amit says that director Reema Kagti was a little taken aback by his emotional response to the script “She kept asking why I was upset. She thought I didn’t like my role. When in fact, the truth was just the opposite. I have never felt more possessive of a part. I hope my father sees what I’ve done. It’s him that I am playing in Gold.”

The actor adds that he is hugely proud to be part of the film’s ensemble cast. “We all actually became a team. There was no rivalry or one-upmanship among us. Sadly, at the media events we attended for the promotion of Gold, everyone only seemed to be interested in finding out who fought with whom and who was the biggest prankster on set. We were making a serious film about a very important chapter in the history of Indian sports, where was the scope for pranks and masti?.”

Amit was a part of the Indian television industry before moving to the big screen with Ram Gopal Varma’s Phoonk in 2010. It was his 2013 film Kai Po Che that brought him into the limelight. “I am happy to be doing films like Gold and Tigmanshu Dhulia’s Raag Desh,” he says.