A source from the CBFC commented, “Kaalakaandi makes Delhi Belly look like a Disney film. 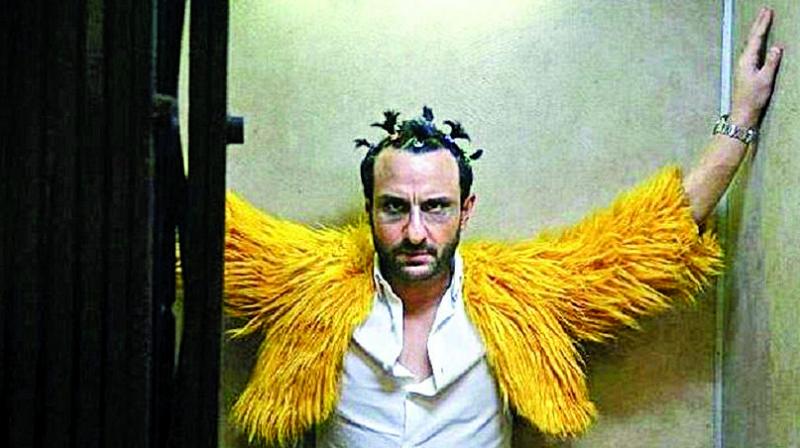 The Central Board Of Film Certification(CBFC) has ordered  as many as 73 cuts in his upcoming Kaalakaandi. This staggering number of deletions is a record in itself.

A source from the CBFC commented, “Kaalakaandi makes Delhi Belly look like a Disney film. When Delhi Belly was released, there were waves of shock and disbelief among the audience at the torrent of profanities. But Kaalakaandi sets an all-new benchmark of expletives. We, at the CBFC, heard gaalis that we had never heard of and never imagined existed. The film is a dictionary of dirty abuses. I am sure it will prove highly educational if the cuts are restored.”

Interestingly, Saif Ali Khan, who is part of the Kaalakandi cast, had ushered in the era of fearless profanities in Vishal Bharadwaj’s Omkara. This was the first film in which Hindi cusswords were liberally allowed.

Now if the stunned sources at CBFC are to be believed, another Saif starrer has just set a new record in profanities. It remains to be seen whether the Tribunal will upturn the CBFC’s decision to allow the profanities to be retained.

Delhi Belly was allowed more than its fair share of abuses, and Aamir Khan being the producer surely helped the film get way with its lewd language.

But who will come to the rescue of Kaalaakandi? As of now, the scissors have come down heavily on its colourful content.

Says the outgoing CBFC chairperson, Pahlaj Nihalani, “Since I am no longer there to certify films, the makers of Kaalaakandi can happily go to the Revising Commitee and get all the cuts restored. They now have very liberal board members, who I am sure would do justice to whatever comes to them.”

Sources say Prasoon Joshi’s entry would not make any notable change in the policy decisions of the CBFC and the current situation  of  going strictly by  the guidelines given  to  the CBFC  is  expected to continue until the changes suggested by Shyam Benegal’s committee are implemented.