Other designers like Delhi-based Asha Gautam of the ‘By Asha And Gautam’ are trying to offset the increase in their own ways. 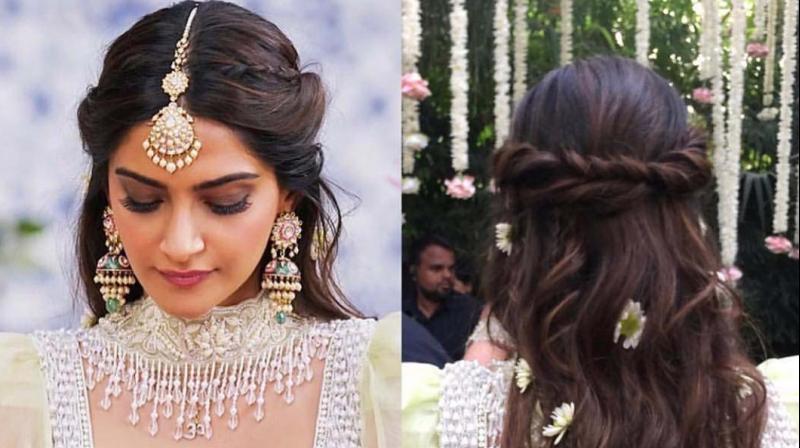 For a nation that is obsessed with buying and using gold in various forms, the recent Union Budget did not give much to cheer about, especially after a hike in the precious metal’s import duty from 10 to 12.5 percent resulted in an immediate price surge.

However, while many believe that the Indian bridal market — with its emphasis on gold jewellery and traditional saris like Kanchipuram silks as well as zardozi work that use gold thread—would be hit hard, jewellery and fashion designers have found creative ways around the problem to ensure that brides have enough bling to remain the centre of attraction on their big day. Gold or not, the opulence must not fade away. 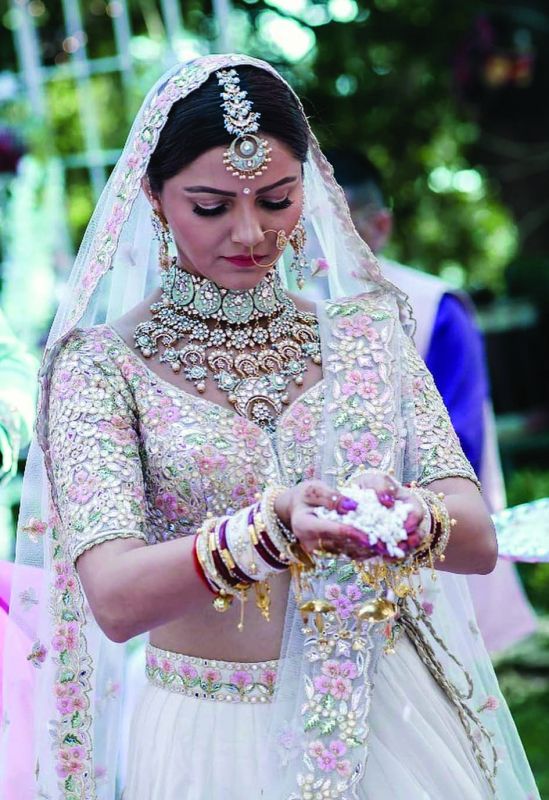 Gold may take the crown when it comes to jewellery in India, but bridal designers have decided to give it a break by switching to alternatives like, for instance, flowers. Megha Malik of Resa Fine Jewellery is a designer who’s often called upon to craft jewellery from other metals for destination weddings because people don’t want to carry expensive things. “Flower jewellery is popular and girls wear it for pre-wedding events like mehendis. This looks pretty with every outfit,” says the designer.

Then there are others like celebrity stylist Rishi Raj who point out that jewellery should frame the beauty of the bride and her outfit instead of announcing her status as it often does. “There are some amazing brands in the market focussing on uncut polki, kundan, cubic zirconia (CZ), silver, brass, emeralds, sapphires, enamel work, amethyst, onyx, abalone, mother of pearl, agate, etc. Each of these jewellery pieces creates a luxurious festive vibe without gold,” elaborates Rishi.

Akanksha Chowdry, founder of Nayirah Jewellery, concurs but her reason for breaking away from gold is different. “Brides are consciously deciding to spend wisely and break taboos of what is typically expected of them. The focal point of bridal jewellery is now more on design than the metal itself. And the modern brides’ choice covers a wide arc, including hand-painted Meenakari pieces, semi-precious stones in tones of ruby, emerald and sapphire, jadau and kundan. Natural stone jewellery like Baroque pearls and rose quartz is picking up massively too,” she adds. 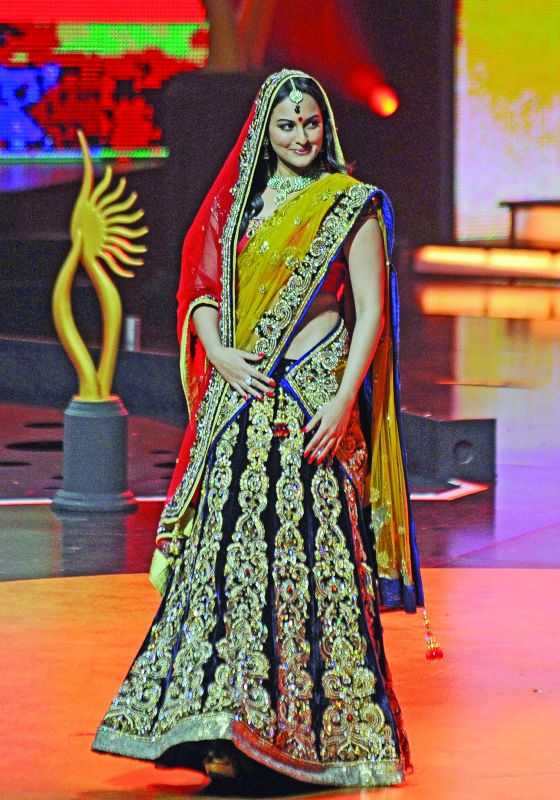 Even those who cannot resist the lure of gold despite the soaring prices have many options. Celebrity stylist Eshaa Amiin, who has an impressive list of clients, including the late Sridevi, Lara Dutta and Pooja Hedge, suggests switching to affordable options while looking just as ornate. So give the 22- and 24-carat gold a miss in favour of 1 gm gold alternatives to achieve the same look without feeling the pinch. “Gold jewellery is more prominent in only certain parts of India. In places like Hyderabad, for instance, where the outfits have a Nawabi touch, women prefer kundan, polki, diamonds and coloured stones like sapphires, emeralds and rubies,” explains Eshaa, who believes that the absence of gold does not necessarily mean a lack of bling.

“Outfits by Falguni and Shane Peacock or Gaurav Gupta are full of crystals, white diamonds or are self-embroidered, which don’t need gold,” the stylist adds.

But all said and done, when it comes to fabric that needs the precious metal, most in the industry are treading cautiously, trying to tide over the price rise.

Jagdish Bani is the store manager of Sri Sai Kanchi Ethnic in Hyderabad, a clothes store that opened way back in 1982. “The increased prices affect us, but we have a reputation to live up to and we cannot compromise on the quality of our garments,” he says.

While ordinary merchants are worried about how the price rice will affect their bottom line, fashion designers fear that gold’s price rise will push up the prices of wedding couture. “A lot of work is done with gold in zardozi lehengas. Of course, this price surge will hit the middle class families most because the higher echelons of society don’t really bother about the prices,” says Vandana Malhotra, a designer who suggests a mix of zardozi work along with other detailing as economical options for the price conscious.

Other designers like Delhi-based Asha Gautam of the ‘By Asha And Gautam’ are trying to offset the increase in their own ways. “Work around the problem by using less amounts of pure gold. Normally, 70 percent pure gold or silver is used. This can be reduced to 50 percent,” she says.

Many designers point out an already prevalent though gradual shift from gold embellishment on clothes in bridal couture towards Swarovski and thread work, as is evident on the ramp and off it. And while Reynu Taandon is one among them, she also believes that the recent price rise of gold will not affect the bridal couture budget. “This is high-end fashion, and so most will not miss out on a high-budget lehenga as it is a once-in-a-lifetime occasion,” she explains.

Vandana also shares a similar thought. “For the majority of couture pieces, I would like to keep it genuine and original as I still believe that one has to invest in a one-of-a-kind zardozi piece that looks rich and classic,” she adds as she signs off.