The young actress says that she isn’t even thinking about another film until the release of her debut. 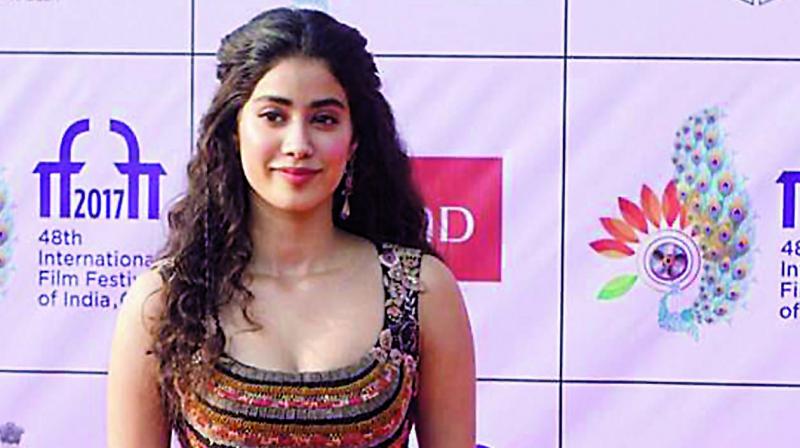 Though her mother, Sridevi, struck a balance between south Indian and Hindi films, Janhvi Kapoor is focussing solely on Bollywood. Dismissing rumours regarding having signed a south film, she says, “I have heard that rumour. But no, I am not doing any south film. At the moment, my priority is Dhadak. I am concentrating on promoting my first film before taking on anything else. That is the only movie on my mind.”

The debutant is expected to be in competition with Saif’s daughter Sara Ali Khan at next year’s award functions. Apart from her debut film Kedarnath, Sara also has Simmba lined up for release this year.

But Janhvi says that there’s no rivalry between the two. “There is no competition. I am looking forward to watching her films as an audience member. She holds great promise and I think women should support each other,” she asserts.