Watch: It's a Shraddha Kapoor show all the way in Haseena Parkar trailer

The Apoorva Lakhia directorial, based on Dawood Ibrahim and his infamous sister also stars Siddhanth Kapoor. 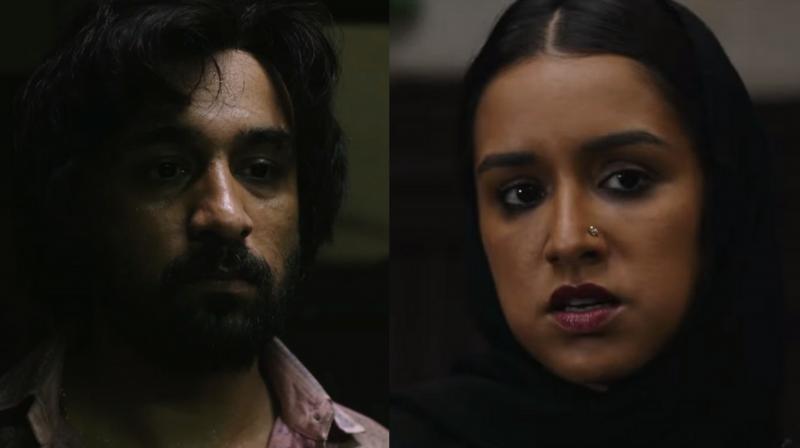 Screengrabs from the trailer.

Mumbai: Shraddha Kapoor has a slew of hits to her name but has been unlucky with the box-office moolah with her recent releases.

However, the brave actress has nevertheless gone ahead and starred in Apoorva Lakhia's 'Haseena Parkar,' her career's toughest challenge yet. And if one is to go by the film's first trailer, the actress has displayed immense acting potential and outperformed herself in a taxing role.

The film stars Shraddha as the infamous sister of Dawood Ibrahim, Haseena. Shraddha's own brother Siddhanth Kapoor will be seen playing the don.

The hard-hitting trailer sheds light into Haseena's life and times and his rise into being the godmother, in the absence of elder brother and his towering shadow in Mumbai, post the 1993 Mumbai blasts.

Apoorva, who last helmed the Zanjeer remake with Ram Charan and Priyanka Chopra, has delivered a gritty trailer that refuses to mince words and portray things as they are.

'Haseena Parkar,' which has music by Sachin-Jigar, is slated for an August 18 release.