Tamannah wants an encore with Prabhas in Hindi movies

Tamannah still seems to be a bit upset about her short role in the second part of Baahubali. 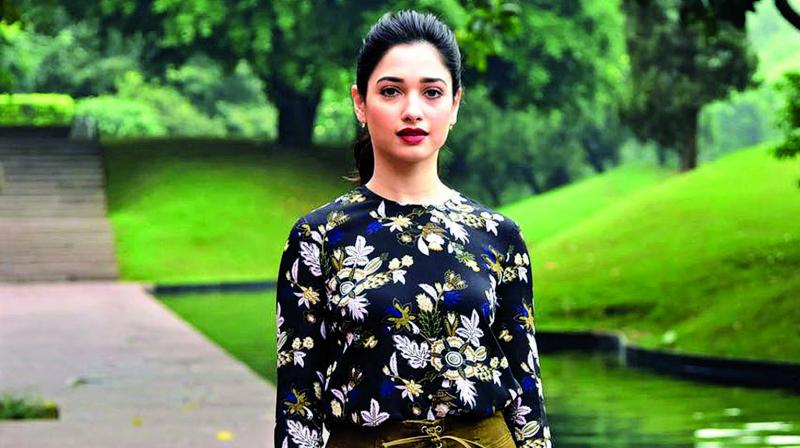 Tamannah still seems to be a bit upset about her short role in the second part of Baahubali, which is why she keeps talking about a good script all the while. Tamannah was not seen much as Anushka Shetty and Ramya went on to take the creamiest scenes in the second part. But then Tamannah is still keen to work with Prabhas again.

“Prabhas is a wonderful actor. He is also a great friend. It will be my good fortune if I am able to work together and that will only be possible if we get a good script,” says Tamannah.

So, is she looking forward to work in a Hindi film with Prabhas as well?

“We will only be able to work together in Bollywood if we get a good enough script with well etched out characters for both of us. I am hoping that the right people are listening and they get a good script to cast us together in Hindi so we can give another big hit like Baahubali,” says the actress who will soon be seen in the film Khamoshi with Prabhudeva. The film is a bilingual in Hindi and Tamil.