Richa Chadha on the front foot about Inside Edge

Richa is known to be a girl with her head firmly on her shoulders and with an attitude to match. 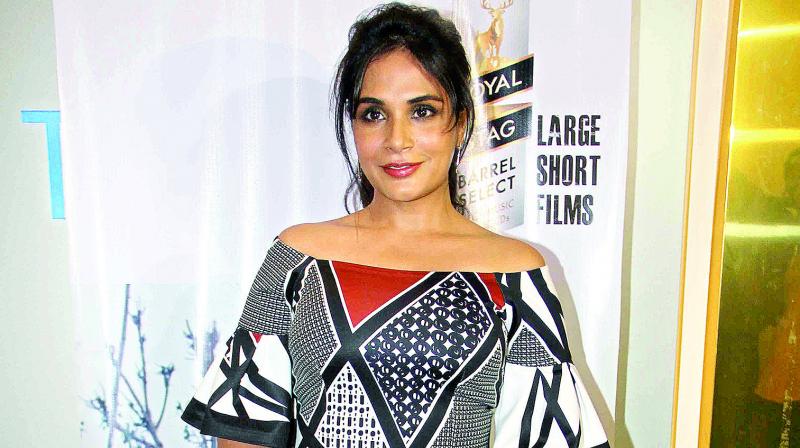 Richa Chadha spoke to us while promoting her web series titled Inside Edge. This series is directed by Karan Anshuman and stars Vivek Oberoi as the male lead.

And while she’s surrounded by big names, Richa has herself undoubtedly crafted a niche in Bollywood with her talented performances.

So, how did this avenue come about? Richa is known to be a girl with her head firmly on her shoulders and with an attitude to match. Never the one to mince words, she said it like it is.

“I do not consider myself to be lucky. I do not have any famous boyfriend that can connect me to the well-known producers or directors, who will in turn queue to cast me in their films. Nor do I possess a godfather who could wave his magic wand that will open doors for me. In short, no one is going to sign a five-film contract nor hand me a five-crore deal. And I am okay with that because I have worked very hard to reach where I am today,” Richa states.

Adding further she states that she chooses her roles with her instinct. “I always go by my gut, and I think I got roles thanks to my perseverance and my willingness to put my all even in the tiniest role I did. I did the role of a mother when I was just 25-years-old to a man who was 30-years-old in Gangs of Wasseypur. Five heroines had rejected that character already, but I knew I could carry it off, and so here I am,” she concludes.